IP Finance reader and long-standing IP practitioner Guy Selby-Lowndes has written in to comment on the valuable assistance that business analysts can miss if they don't pay attention to trade mark exploitation policy and official trade mark records. He writes:

"Many years ago I was prescribed a daily dose of the ACE innhibitor, perindopril. As a result I have had a personal interest in the litigation associated with it. Originally my packets were labelled COVERSYL, which is the trade mark of the then source, Les Laboratoires Servier. More recently the packets were sourced by Apotex and marked PERIDOPRIL but, after the injunction, they disappeared and COVERSYL returned. Now my packets come from various sources all marked PERINDOPRIL. However the latest packet shows the source to be Les Laboratoires Servier. It seems that the firm is following the policy "if you can't lick them join them" and is selling the drug both as a proprietary product and as a generic according to the market. 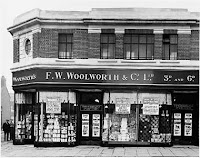 Another source of financial information that analysts do not seem to use is the UK IPO trade mark site. In January 2008 Woolworths PLC put their trade mark registration WOOLWORTHS, 1252904 in 27 classes, in hock to GMAC Commercial Finance PLC. I have some doubt as to whether this will prove a valuable security as there must be a considerable loss of associated goodwill. The mark WOOLWORTH is registered in fewer classes as a Community trade mark by the German Woolworth company. This is not associated with the UK company and, according to my son, continues to trade in Germany.

On the same site looking at the list of people who have not paid the costs awarded against them in trade mark proceedings a well known company appears more than once. More recently the financial columnists have reported that it is in trading difficulties".