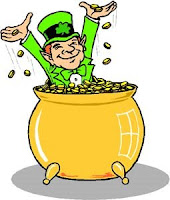 From the most recent Media & IP Newsletter of Dublin solicitors Philip Lee comes news of what it terms "Dramatic enhancements to Ireland's Film Tax incentive". The news item reads as follows:

"Ireland’s film and television industry has received a welcome boost from the Minister for Arts, Sport and Tourism, Martin Cullen. In a press release issued on 8 December 2008, the Minister outlined significant enhancements to the Section 481 relief for investment in film and television projects. The enhancements will be brought about by the Finance Bill (No. 2) 2008 that is currently being considered by Ireland’s houses of parliament.

Section 481 is a tax relief available to Irish investors who buy shares in a special purpose film or television production company (“SPV”). Under the current scheme, each individual tax-payer may invest up to €31,750 annually in qualifying projects, 80% of which can be written off for tax purposes.

Up to 80% of a film or television project’s budget can be raised using Section 481 investments, subject to a maximum of €50 million per project. However, in order to access the investor funds it is usually necessary for the producer to set aside (using a banking mechanism known as “defeasance”) an agreed minimum return which is to be paid to the SPV on completion, delivery and acceptance of the project and which is ultimately returned to Section 481 investors. Therefore in practice the typical “net benefit” to the producer is currently about 20% of the total Section 481 funds raised.

The proposed changes will result in an increase to €50,000 in the annual investment limit for each individual tax-payer and, crucially, an increase from 80% to 100% in the amount of the investment that can be written off for tax purposes. This means that for each investor the available tax relief in cash terms will nearly double from
€10,414 to €20,500.

The net effect of the proposed changes is expected to be a large increase in the producer’s net benefit. Initial indications are that a net benefit of around 28% should be achievable in some cases, depending on various factors including project scale.

The planned enhancements require “state aid” approval from the European Commission. Once implemented, they should re-establish Ireland as one of the most attractive global locations for film and television production and are to be warmly welcomed by producers in Ireland and abroad".