Must franchisors remit purchase benefits to their franchisees? 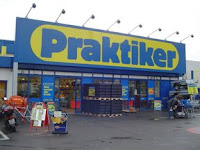 Writing in International Law Office, Karsten Metzlaff and Karl Rauser (Nörr Stiefenhofer Lutz) discuss some significant implications for the passing back to franchisees of benefits obtained by franchisors ("Purchasing Benefits in Franchise Systems: The Praktiker Case", 20 May 2008). The authors explain that, under earlier case law of the German Bundesgerichtshof (Supreme Court), franchisors were not obliged to pass benefits to franchisees, whose entitlement depended solely on the existence of contract provisions to that effect. However, a Federal Cartel Office decision on the repayment systems of the Praktiker of do-it-yourself franchise almost exactly two years ago appeared to have changed the position. In this decision the Office ruled that a refusal to pass on to franchisees purchasing benefits which were linked to the franchisees' obligation to purchase all goods for the franchise system from specified suppliers constituted an "inequitable, and therefore forbidden, impediment to dependent companies" under Section 20(1) of the Act against Restrictions on Competition.

Praktiker's appeal has since been allowed by the Dusseldorf Higher Regional Court, but the matter awaits the further attention of the Bundesgerichtshof .

Comment: presumably most business format franchisors seek to leverage the maximum purchasing power from their brands so that, by further advertising their franchised brands, they will stimulate further consumer commitment to them. Praktiker have more to gain by reinvesting their savings in further marketing since their profits come ultimately from cash flow from their franchisees, not from the gains they can make in sales to their franchisees.
Posted by Jeremy at 15:43:00

Email ThisBlogThis!Share to TwitterShare to FacebookShare to Pinterest
Labels: Franchising, passing on of purchase benefits to franchisees