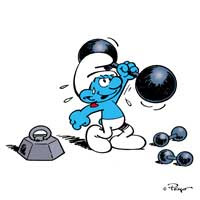 This case arose in quite specific circumstances and involves a legitimate licensee (Primary Distributors) continuing to sell licensed products notwithstanding termination of the licence, in circumstances where the licensor went bankrupt and the rights were subsequently sold on (notwithstanding a formal bid for the rights by the licensee that was apparently never formally rejected). Given that the licensee seems to have admitted to the infringement and was no doubt aware that their bid to purchase the trade mark rights had not been accepted (even if it had not been rejected) one cannot help but feel that Primary Distributors knew they were taking a chance when selling the products and were enriched (unjustly) in doing so, notwithstanding the delay by the Licensor.
Posted by Darren Olivier at 08:01:00