The Indie film industry: still looking for its long tail

What happened to the idea of the "long tail", as popularized by Chris Anderson over a decade ago? The very fact that this blogger feels the 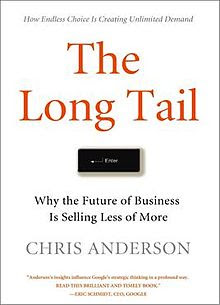 need to revisit the notion suggests the extent to which it has fallen into disfavor. In brief, Anderson’s idea contrasted the manner by which goods are typically sold in a bricks-and-mortar environment from the potential for distribution in an on-line world. The principal limiting factor in a bricks-and-mortar setting is that only a small number of products can be displayed in any given store; even within these displays, the specific placement can materially affect the sales potential of that good.

What follows is that only a small number of products will be available for purchase and success is built on selling a large quantity of these limited product options. Thinking in terms of a statistical distribution, from the point of view of product sales, the two tails fall very quickly from the elevated and narrow central tendency. There are few sales beyond those enjoyed by the small number of market leaders.

By contrast, in a long-tail world, where digital distribution allows an almost unlimited number of products that can be displayed on digital “shelves”. As such, as explained by Investopedia,

"... products in low demand or with low sales volume can collectively make up a market share that rivals or exceeds the relatively few current bestsellers and blockbusters but only if the store or distribution channel is large enough.”

In other words, the sales of these items take place at the tails of the distribution. Unlike the bricks-and-mortar situation, consumers are navigating to on-line commerce, favoring niche products and markets over traditional main types.

As such, as optimistically characterized by Investopedia --

“…the demand overall for these less popular goods as a comprehensive whole could rival the demand for mainstream goods. While mainstream products achieve a greater number of hits through leading distribution channels and shelf space, their initial costs are high, which drags on their profitability. In comparison, long tail goods have remained in the market over long periods of time and are still sold through off-market channels. These goods have low distribution and production costs, yet are readily available for sale.”

The problem with the notion is that it has proved difficult, extremely so, to identify instances where the long tail has taken place. A reminder was reported in the February 25th issue of The Economist (Print title: “Indie blues: happy ends are rarer than ever for those trying to profit from Indie films”) in connection with the indie cinema industry. Short for “independent”, the indie film business refers to a movie that has been produced outside the major film studio framework. Distribution will also likely take place outside the major channels. Indie films are also usually characterized by lower production costs, limited first release and greater diversity of artistic expression.

While not common, an indie film on occasion can rival a film produced by a major studio, if it has sufficient financial backing, effective distribution and promotional buzz. The winner of the most recent Oscar awards was best picture was “Moonlight”, which shares indie film characteristics. Another indie movie that received an Oscar was the film “Manchester by the Sea.” With movie-watching no longer solely a cinema-based activity and on-line viewing taking place via a number of digital platforms, one might be tempted to imagine that the long tail model has been a boon to the indie film business.

According to the article, however, the answer would appear to be “no”. In the words of the piece—

“For every success story, there are thousands of indie films that go unwatched. The digital age has made it easier than ever to make a film, but also harder than ever to break through the clutter of entertainment options to an audience. Chris Moore, a producer of “Manchester by the Sea”, compares the output of indie films now to trees falling in the forest. ‘Nobody is making a dollar off this business’, he says.” 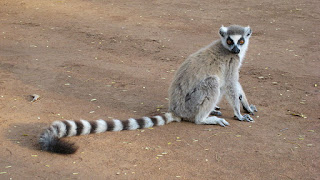 It turns out that for all the on-line options, success of an indie film still tends to rely on exposure to a cinema theatre audience, which is diminishing, especially among young viewers, and the DVD market, which is in freefall. Seen in this way, indie films look a lot like their major studio competitors, just less expensive in the making and with even a lesser likelihood of success.

But what about the potential for the long tail to ultimately make-up for these headwinds. Again, in the words of the magazine—

“But most minor films disappear online, since a viewer can scroll through only so many options. Even the streaming sites themselves, says Anne Thompson of IndieWire, a website, admit that ‘a cold start on one of their platforms can be very cold indeed’”.

All in all, it would seem that, as far as the indie film business is concerned, the long tail is no tail at all.