I would like to introduce you to guest blogger Trevor Soames, a leading Brussels based antitrust lawyer with extensive experience of major high tech and IP-related investigations and litigation, having represented several major corporations in various cases over the years including Qualcomm, Nokia, Samsung and Microsoft. 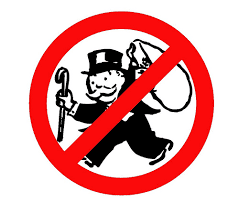 The Competition Directorate of the European Commission (DG Comp) has, over the years, become increasingly interested and active in the field of SEPs.

In a series of cases it has investigated a variety of potential competition law issues arising from the FRAND commitment, including allegations of patent ambush in Rambus, the transfer of FRAND commitments in IPCom, the risk of supposed “hold up” resulting from SEP holders seeking injunctive relief in Samsung, and in Motorola, here, and here. In addition, the European Commission investigated Qualcomm between 2005 and 2009 for, inter alia, alleged excessive pricing regarding its FRAND-committed SEPs. However, the case was terminated by the Commission when the four outstanding complaints were voluntarily withdrawn.

On 21 November 2016, the European Competition Commissioner, Margarethe Vestager, delivered a speech which indicated that the she intended to use the competition law tools at her disposal to deal more aggressively with excessive pricing cases.  She claimed smartphone royalties could be unjustifaibly high. I have already blogged, here, about her use of a defective aggregate royalty figure in support of her claims in this speech.

The following article by written by Trevor, and based on what he posted, here, comments generally on her speech, the policy issues that it raises and the wrongful identification of SEPs as being a supposed example of excessive pricing:

"The Opening of the Door: is Excessive Pricing Control under Article 102 TFEU coming back into vogue

Commissioner Vestager’s speech deliveredat Chillin’ Competition on 21 November 2016 entitled “Protecting consumers from exploitation,” spent much time discussing the application of Article 102 TFEU to excessive pricing.  A video of the speech is available on the Chillin’ Competition website, here, together with the Q&A in which the Commissioner said that she is taking a door which was almost closed and opening it a little.  The Q&A is at 14.50, my comment and question at 16.30 and the Commissioner’s response thereafter.

This short note provides a brief commentary on the subject of excessive pricing, European Commission enforcement policy, the examples cited by the Commissioner and what all this may mean for the application of Article 102 TFEU.

Excessive pricing control under Article 102 TFEU has been a fraught subject ever since the United Brands judgment of the CJEU. For our US cousins, the very idea that antitrust law could apply to excessive pricing must seem more than passing strange.  The Supreme Court made its views on the subject very clear in Justice Scalia’s Trinko opinion where he argued that the "mere possession of monopoly power, and the concomitant charging of monopoly prices, is not only not unlawful; it is an important element of the free-market system. The opportunity to charge monopoly prices – at least for a short period – is what attracts 'business acumen' in the first place; it induces risk taking that produces innovation and economic growth”.

The European Commission, to its great credit, has exercised great restraint in applying Article 102 TFEU in this area.  A critical step in this process of increasing self-restraint was the adoption of the two Helsingborg complaint rejection decisions in 2014 which, unusually for such decisions, made a finding not merely that there was no Community interest in investigating the case further but rather, and more strongly, that there was “insufficient evidence to conclude that the prices charged…are unfair/excessive and thus constitute an abuse within the meaning of article 82 of the Treaty”. The decisions are worth (re-) reading, see this and this.

Since that time there have been very few cases of excessive pricing at EU level.  Except for a handful of exceptional cases, those which have been investigated as such have been terminated by the Commission without findings of infringement.

The European Commission emphasised its cautious and restrained approach to the application of Article 102 TFEU to alleged excessive pricing in its written submission to the OECD of 7 October 2011. The paper provides a useful summary of its enforcement policy, the rationale behind its emphasis on exclusionary practices and the problems that would be encountered in taking on excessive pricing cases.  Given that this subject has raised its head again, re-reading this carefully written paper is well worthwhile.  The position was well summarised at para. 42, as follows:

“It seems that enforcement action against excessive prices has only been considered as a last resort, in markets where high prices and high profits do not have their usual signalling function to attract entry and expansion because of very high and long lasting barriers to entry and expansion. This recognises that even though in many markets prices may be temporarily high, due to a mismatch of demand and supply or the exercise of market power, it is preferable to give market forces the time to play out and entry and expansion to take place, thereby bringing prices back to more normal levels. We have not seen enforcement activity in such markets, recognising that it would be unwise to run the risk of taking a wrong decision and furthermore spend enforcement resources on solving a problem that would solve itself over time anyway. This is so even in markets characterised by sufficient entry barriers where there can be dominant firms. Of course, it may be that a dominant firm tries to prevent this process of entry and expansion taking place by artificially raising entry barriers. However, in such a situation it is more efficient for the competition authority to tackle the raising of these entry barriers directly since this will likely amount to an exclusionary abuse. If, however, the market is characterized by such entry barriers that it is unlikely that market forces over time will bring prices down, enforcement actions aimed directly against excessive prices may indeed be appropriate.”

We have seen, however, a greater willingness by some member states with less self-control than the Commission to develop cases in this area.  We have also seen other non-EU competition jurisdictions which look to the EU for inspiration in the area of dominance control seeking to utilise their domestic Article 102 equivalents to attack what they see as excessive pricing or unfair terms.  Some of these cases have been notorious in terms of the intellectual contortions and use (sometimes misuse) of EU case law relied on to reach their conclusions.

Although the Commissioner identified a few limits to the application of excessive pricing control, she gave a clear message.  Namely, that the European Commission is open for business in this area in a manner not seen for many years.  In response to my question, she confirmed that a door which had been almost closed has now been opened, at least to some degree.   She said “...we’re still bound to come across cases where competition hasn’t been enough to provide a real choice. Where dominant businesses are exploiting their customers, by charging excessive prices or imposing unfair terms”.  Rightly, she emphasised caution saying that “we have to be careful in the way we deal with those situations. Because sometimes, a company is dominant simply because it’s better than its competitors. And when that’s the case, it’s only fair that it should get the rewards of its efforts. But we also need to be careful that we don’t end up with competition authorities taking the place of the market. The last thing we should be doing is to set ourselves up as a regulator, deciding on the right price”.

However, “there can still be times when we need to intervene”.  In closing the Commissioner said that “we need to act carefully when we deal with excessive prices. The best defence against exploitation remains the ability to walk away. So, we can often protect consumers just by stopping powerful companies from driving their rivals out of the market.  But we still have the option of acting directly against excessive prices.  Because we have a responsibility to the public. And we should be willing to use every means we have to fulfil that responsibility”.

For me, it is those last two sentences that gave some cause for concern and indicated that the door was being opened, as was indeed confirmed.

Now, it is true, that the Commissioner stated that excessive pricing control should only be used where there is no ability for the customer/consumer to “walk away”. The product or service being charged for does not need to be an essential facility in the manner normally used, namely whether access to the deemed essential facility is denied to a competitor, or is granted only on discriminatory terms, but rather whether the customer/consumer has a choice (note that the Commissioner didn’t use the essential facility concept, the application of which has been limited after the Oscar Bronner case).  Furthermore, the Commissioner says that although there may be future cases where alleged excessive pricing may be investigated and, indeed, decided upon, the Commission would not be a price regulator and would not decide on “the right price”.  That is all very well and it sounds comforting, but what it really means is that the Commission would merely decide that the price charged was unlawful, explain the grounds on which it so held and no doubt order that the price be adjusted so that it was reasonable. Little guidance may be provided by the Commission as to what it considers reasonable in the particular circumstances and if the allegedly dominant company gets its pricing wrong, it will be fined for having failed to comply with the Commission’s order without being able to seek clarity from a Court.  So, although the Commission would indeed not “set” the price, its actions would undoubtedly change the pricing levels set and the impugned and allegedly company would need to be cautious. De facto the Commission will therefore be a price regulator, whatever it may claim.

Let us turn (briefly) to the three examples of excessive pricing identified by the Commissioner, Gazprom, pharmaceuticals and Standard Essential Patents (SEPs):

In conclusion, I cannot recall a Competition Commissioner’s speech on excessive pricing in recent times.  It was clearly delivered for a purpose and as the Commissioner confirmed it would seem that “a door which was almost closed” has now been opened “a little”.  But what does that mean?  Some of the statements made, as well as examples used, give cause for concern.  We will have to wait and see how this policy initiative develops, both at the Commission and at member state level.  My sense is that there is a greater potential for investigation and intervention in this area than for many years and a political willingness to go into territory only rarely entered into previously.