ChemChina, Syngenta and ADAMA: the new wave of Chinese acquisitions?

Chinese acquisitions of companies abroad have been a contentious issue for at least a decade, with business and state security concerns often

intertwined. The result has been that potential Chinese purchasers have received less than a cordial welcome in many circumstances. The question that was raised in a piece that appeared in last month’s The Economist (“Better than barbarians: Chinese acquisitions abroad”) is whether this is changing. The focus of the piece was on ChemChina and the manner by which it has expanded through foreign acquisitions (including most notably the deal to acquire the Swiss agribusiness giant Syngenta for $43 billion dollars). The article speculated on the reasons for the increasing interest of Chinese companies to go abroad:

(i) President Xi Jinping’s anti-corruption campaign is an incentive to “park assets abroad” (but “there are easier and quieter ways to get yuan through China’s porous currency controls”);

(ii) Investment opportunities are drying up in China (but even if the growth rate in China is slowing, “it would still be stronger than in the rich countries where Chinese firms are buying”).

Instead, the piece concludes that—

“The main reason for Chinese firms’ buying spree is to get the brands, technologies and talent they lack, to capitalise on future waves of growth at home. That is not new in itself; what has changed is the warmth of the welcome they get. In the past, ruthless mainland firms, gobbling up resources firms, caused a backlash in the countries they entered. Today’s Chinese globalisers, says Klaus Meyer of the China Europe International Business School, are more sophisticated and hands-off with their acquisitions.

ChemChina could be a good owner” of Syngenta, agrees Jeremy Redenius of Sanford C. Bernstein, a research firm, pointing to the success of its earlier acquisition of Adama, an Israeli firm. Some rich-world firms may now find Chinese ownership more attractive than suffering the rules of Western stockmarkets or the meddling of private-equity firms. The marauders from the Middle Kingdom may be more welcome than the barbarians at the gate.”

What is most interesting is the reference to the transaction with ADAMA. However, the article does not further explain why the ADAMA acquisition is potentially a bell-weather example of how Chinese companies interested in expanding abroad should act. Let’s take a closer look.

ADAMA Agricultural Solutions Ltd. is an Israeli-based manufacturer and distributer of branded off-patent products in the area of crop protection, including herbicides, insecticides and fungicides. In October 2011, ADAMA was acquired by China National Agrochemical Corporation, a subsidiary of China National Chemical Corporation (ChemChina). In January 2014, the company, previously known as Makhteshim Agan, re-branded itse4lf as ADAMA (which means “earth” or “soil” in Hebrew). ADAMA sells its products in more than 120 countries, with revenues of over $3.2 billion in 2014. 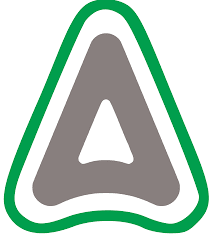 ADAMA then declared its intention to acquire several companies in China in order to secure a foothold in the Chinese market. On December 7, 2015, it issued the following announcement:

“ADAMA Agricultural Solutions Ltd. today announced that it is to enter into a commercial collaboration with five Chinese crop protection entities which are part of the ChemChina group, to progressively become the exclusive domestic sales platform for their formulated crop protection products. Such products are estimated to generate sales of approximately $90m in 2015.

This move will allow Adama to accelerate its entry into the Chinese market, by providing it with access to hundreds of product registrations. Under the collaboration, Adama will meaningfully expand its commercial network and customer reach by having more than 170 sales, marketing and registration employees, who have until now been employed by the five entities, join Adama's sales force.

In the beginning of 2016, Adama will launch its Chinese domestic market branded sales platform, which will be strengthened in an incremental manner by the exclusive distribution business. This will allow Adama to capitalize on an established commercial infrastructure to bring its wide portfolio of advanced crop protection solutions to the vast Chinese agricultural market, the third largest in the world and one of the fastest growing.

When considering these arrangements in light of the goals described above, there seems to be more than a bit of idiosyncratic circumstances at work. In particular, ADAMA’s primary business is making and selling off-patent products, rather than its own IP-protected products. This suggests that there may be less of a concern that IP will be lost (as well, one wonders whether to what extent, in the long-run, ChinaChem will continue need to reply on ADAMA to serve as the product anchor of its off-patent business). Also, it is not clear to what extent there is brand value being contributed by ADAMA in addition to the local Chinese distribution channels being utilized. When one sets these considerations against the possible acquisition of a multinational giant such as Syngenta, one wonders just how much of an example the ADAMA transaction really is.
Posted by Neil Wilkof at 18:12:00