Are there innovation cracks in "start-up nation"

Israel as a high-tech and innovation powerhouse has been one of the leading economic success stories of the last two decades. Reference is

frequently made to the number of lucrative exits by Israel start-ups and the disproportionate number of Israel-based companies that have been listed on the NASDAQ in New York. The tale of Israeli high tech became the centerpiece of an improbable 2009 bestseller by Dan Senor and Saul Singer, Start-up Nation, which sought to account for the reasons why the country seemed to live and breathe innovation. The book reached canonical status among the entrepreneur community world-wide. This blogger remembers lecturing about the book in Singapore before more than one hundred people (“what there was to learn and not learn, from the book”); everyone in the audience seemed to have a copy of the book and know its contents nearly by heart.

However, those closer to the Israeli hi-tech scene have been aware for some time that there have been cracks in the “start-up nation” edifice. The extent of this decline was brought home earlier this week in a report published this week (in Hebrew) by the Israel Finance Ministry. The report points out that since 2010, the growth in hi-tech has been only about one-half of the growth rate of the overall economy and its contribution to overall national exports has stalled. The report states that the biggest problem may be the supply of appropriate skilled manpower. Start-up Nation stressed the importance of the Russian immigration to Israel in the 1980’s-1990’s, which provided the country with a large reservoir of highly trained, relatively inexpensive manpower. Israeli universities have witnessed a decline in students matriculating in the relevant science, math and engineering programs, which means that the Russian immigration and its contribution to hi-tech manpower was a one-time event that may not be replicated by the country, left to its domestic resources.

Also, in recent years, hi-tech manpower costs are rising more quickly in Israel than in the US, making Israel a less attractive R&D option for foreign companies, which heretofore have made abundant use of Israel-based R&D, either by setting-up a local subsidiary or acquiring a local company for their technology. Moreover, domestic R&D spending has stalled and it is less than a decade ago (although it is still ranked number two on a relative basis, only behind South Korea). Two major rankings of national innovation do not place Israel in the top ten (WIPO ranks Israel the country no. 22 while Bloomberg places the country at no. 11). 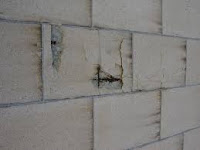 The Israeli business daily, The Marker, wrote in connection with the report that—

“…while the local start-up scene is still vibrant and attracts many venture capitalists, national investment in infrastructure necessary for the continuation of the Israeli innovation industry is insufficient.”

The Marker also referred to a study produced by the Technion, which is Israel’s main institute of technology (and which has produced several Nobel prize winners). It concluded that Israel must improve in six areas to maintain its position in world innovation, namely—

1. Ease in setting up a new business;

None of the foregoing is intended to leave the impression that Israel’s challenges are unique. For instance, falling enrollments in science, technology and math programs is a problem for many other countries as well. But Israel is a small country with a population of only eight million people, which means that it has a smaller margin for error. There was nothing inevitable about the emergence of start-up nation in the 1990’s, that there would be an influx of skilled immigrants and that public-private funding and supportive overseas investors would take hold. What happens in start-up nation over the next few years bears close watch.
Posted by Neil Wilkof at 09:41:00