Brand extension: when the brand was too strong? 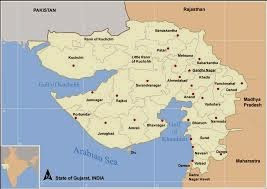 The election of Narendra Modi last year and the encouraging aggregate economic data that have been coming out of India recently have caught this blogger’s attention. In particular, they raise the question of whether we will a see an increase in the Indian version of SMEs (small and medium enterprises) to complement the presence of mega-conglomerates such as Tata Group Sons and Reliance Industries and how IP might fit into such economy activity. An interesting window to this was provided in a piece that appeared in the January 31, 2015 issue of The Economist.  Entitled “Symphony Solo”, it describes how a Gujarat-based company named Symphony (Gujarat being the state in which Mr Modi demonstrated his pro-business management mettle) weathered a near-fatal diversification strategy but succeeded in returning to its industrial knitting, namely air-coolers. Along the way, this article addresses some interesting aspects of how IP considerations contributed to the near collapse of the company.

According to the article, Symphony carved out a successful market for itself in the late 1980s and early 1990s in the market for air-coolers. Air conditioning units, while very good at what they do, work on the basis of compressing gas and tend to be expensive both to purchase and operate. On the other hand, air coolers work on the basis of simple evaporation and are much less expensive on all counts (this blogger grew up in Phoenix in the 1960s and can attest to the fact that air coolers can play a crucial role in providing adequate cooling at a reasonable cost). What Symphony succeeded in doing was to design and manufacture an attractive mass-produced alternative to the noisy, clunky units then on the market, at a price point that was manageable for Indians entering the consumer middle class.

Symphony quickly became the leading brand for air coolers and, with its success, came a reputation for innovative excellence. The company went public in 1994 and then, in the words of the article, the company’s woes began:

“Investors pressed it to bring its innovative flair to other appliances, such as water heaters and washing machines. The idea looked fine; they sold in the same outlets as air-coolers, the technologies were akin and Symphony’s main rivals had a wide product range too. That logic proved flawed because synergies in production did not extend to marketing. Consumers associated the Symphony too strongly to be tempted by its other lines. Richer competitors cut prices to prevent Symphony from gaining a foothold and used delays in product launches to copy its innovations. The air-cooler business was neglected. Sales dropped. The firm’s debts mounted. By 2001 Symphony was a ward of India’s bankruptcy agency.”

Fortunately for Symphony, it discontinued all its other lines of business and focuses once again solely on air-coolers, keeping the tooling in-house while outsourcing assembly. It has also found attractive export markets for its product. What is interesting is to try and understand how IP fit into this scenario. The key to Symphony’s actions in the 1990s was the notion of brand extension, always a risky strategy. The challenge was to maintain the reputation in the core product while convincing consumers that they should extend their brand loyalty, more often than not, emotive and subjective, to other products, no matter how related they may be. 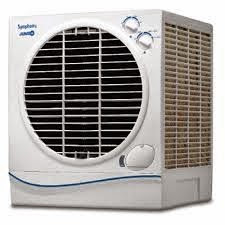 Moreover, when one thinks of brand extension in connection with products of Symphony’s type, huge conglomerates come to mind. Each new product line requires a commensurate increase in design, production and marketing, something more easily managed by the likes of LG than an SME-scale company; stated differently, resources and manpower matter more than ever in such a situation. Given that these challenges are well-known, one wonders how it was that the CEO of the company, who had fashioned his initial successful strategy in the 1980s upon returning to India armed with a MBA from the US, nevertheless took on these risks.

Still, one observation in the article leaves this blogger puzzled: “Consumers associated the Symphony brand too strongly with air-coolers to be tempted by other lines.” What exactly is “too strong” a brand? The article does not further explain. The best that this blogger can manage is to suggest that what is meant is that the Symphony brand had in fact become a generic name for air-coolers, such that there was no goodwill in the brand qua brand to extend other products. The brand was the product. If so, the brand campaign strategy was doomed at conception. More generally, the Symphony saga should serve as a cautionary yellow for successful Indian SMEs as they seek to build their companies. Conglomerates such as Tata and Reliance still play by a different business playbook.
Posted by Neil Wilkof at 15:46:00