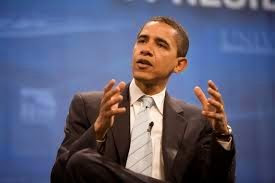 Can software coding boot camps solve the twin problems in the United States of the alleged shortage of IT personnel as well as how to create a new kind of middle class employee, especially among minorities and other underserved populations in the high tech world, thereby creating the 21st century version of the 20th century auto worker? The Obama administration apparently believes that the answer is “yes” to both questions. At least that is the message being delivered by the administration in conjunction with its March 9th announcement of its TechHire initiative. In a speech given that day, President Obama noted that there are more than five million job openings, of which more than one-half million are described as openings in the IT field. TechHire is intended to address this shortage as well as to address the problem of stagnant wage growth for the folk in the middle. In the words of the President,

"What's more, these tech jobs pay 50 percent more than the average private sector wage, which means they're a ticket into the middle class."

A report on March 16th on techrepublic.com characterized the program as follows:


"There's not one fix to get people moving in this direction professionally. The initiative includes getting employers to change the ways they recruit and place applicants based on skills; $100 million in federal investments toward "innovative approaches to training and successfully employing low-skill individuals with barriers to training and employment"; efforts on the part of "private sector leaders" to aid with free training online, and the expansion of coding boot camps, to name a few.”

The most interesting, and most controversial aspect of this initiative, is the focus on coding camps. The initiative currently involves partnering with various bodies in 21 communities, with the emphasis on reaching out to locales removed from the likes of Silicon Valley and New York City. An example brought is the TechHire Initiative is Louisville, Kentucky, which techrepublic.com described as follows:


“In 2013, a free, 12-week course called Code Louisville launched, fueled by volunteer mentors, partnerships with local companies, and help from the KentuckianaWorks department. The program aims to help students develop coding skills through a mix of in-person mentorship and self-driven learning, done through a learning platform called Treehouse, available through the Louisville Free Public Library system….. Next year, Code Louisville will expand as part of the Workforce Innovation Fund grant from the Department of Labor, as well as grow relationships with local businesses.”

The debate over the program focuses on four related issues: first, is there really such a mismatch between skills and available IT positions. Skeptics question this, including no less an expert than Professor Alan Blinder of Princeton, the Vice-Chairman of the US Federal Reserve, who expressed doubts in a recent radio interview on Bloomberg. Secondly, can a coding camp provide sufficient training to enable a graduate to function at an entry-level position? Thirdly, does the training provide a sufficient skill set to enable one to advance from that entry-level position, i.e., will it enable a graduate of the program to enjoy a bona-fide career in the field? Fourthly, will it complement or supplant at some graduates of degree programs in computer science?

President Obama apparently thinks the answer to each of these questions is “yes”, having observed in his speech that "[i]t turns out, it doesn't matter where you learned code, it just matters how good you are in writing code." President Obama’s statement was particularly well received by Dave Hoover, co-founder of Dev Bootcamp, who stated that , “it's true that not every employer is comfortable with hiring someone without a four-year computer science degree, but they're limiting their talent pool.” Also, it provides an alternative for persons who cannot afford a four-year degree program for whatever reason. 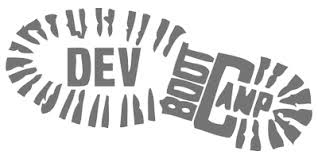 Despite the Obama administration’s support and the upbeat position of people such as Hoover (who admittedly may not be strictly neutral), this blogger still wonders how the Obama administration and will go about evaluating the effectiveness of these various local programs in light of the four questions raised above. As well, one can ask whether it is appropriate to view the skill set that is meant to be developed in such boot camps in strictly local terms. In a world where coding skills are international, why will an employer in Louisville necessarily engage a newly minted graduate of a boot camp when it obtain coding work product from equally or even more highly trained IT personal from places such as Bangalore and Estonia? Maybe yes, maybe no. The golden age of the Detroit autoworker in the 1950s was characterized in part by the absence of any credible substitutes. That is not the case for today’s IT world. The TechHire initiative definitely warrants close attention as it continues to be rolled out.
Posted by Neil Wilkof at 20:12:00