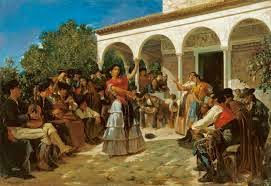 Bloomberg reported on 5 February that the European Commission will be giving up its investigation into patent box schemes in the European Union. Apparently it has found that it's hands are tied by a 2008 decision to approve Spain's system. The agreement reached last Autumn/Fall between the UK and German governments (reported here) to modify the UK's scheme to restrict the tax break has probably also contributed to the commission's desire to stop the investigation.

Basically the UK has agreed to modify its scheme so that only patents based on activities in the UK can contribute to the tax break (the so-called nexus approach) with some provision for expenditure which has not been directly incurred by the UK company (hence the term "modified nexus approach"). The discussions continue in the context of the OECD's discussion on harmful tax practices.

The message coming from the commission seems to be clear: if the OECD will approve the patent box, then the European Commission can and will have no objection. In the meantime, the current UK scheme will be wound down and it remains to be seen whether the next UK government will put a replacement scheme into place, as the opposition labour party has been critical of the scheme.