Smartphone app developers:maybe it is not only the birds who should be angry

I recently considered elsewhere the challenges of succeeding as an app developer for the smartphone space. The immediate occasion was the announcement of staff redundancies at Rovio, the Finnish developer of the popular Angry Birds game. In that connection, I raised three points with potentially wider application:


1. How far can viral success of one’s mobile app take a developer commercially?
2. Will positive network effects regarding one’s app improve the likelihood of success?
3. Is it possible to build a mobile game “franchise” that can transcend a one-off success?

Thinking about these questions further, I realized that I had perhaps not fully appreciated the scope of the challenge posed for developers of entertainment and games apps on the smartphone platform. The more that I pondered the matter, the more it seems possible that the smartphone environment simply offer limited opportunities for the creators of original entertainment and game content to enjoy sustained and durable success. This is not to say that users do not make use of their smartphone in a variety of ways by which the user is engaged in content that is accessed on the device. But this content is for the most part matters of news, search, transactions, social media interactions, and other forms of content that cannot be described as original entertainment or games. In reading and listening to commercial discussions of the smartphone ecosystem, nearly all the talk is about who will dominate the market for the device itself, with some consideration about which platforms and content delivery services will successfully layer themselves onto the device. The creators of original entertainment and game content are seldom, if ever mentioned.

For instance, I recall the discussions a while ago about whether Facebook could successfully manage the move from the computer to the smartphone. The answer seems to be “yes”, and the extent that this migration of Facebook to the smartphone enables the user to access original content, the smartphone does provide a platform for entertainment and games. But such possibilities are the exception rather than the rule. Moreover, the big commercial winner in this situation is the intermediator—Facebook---rather than the content creator, who is in some sense at the mercy of Facebook. Indeed, studies seem to indicate that the typical user may have tens of applications stored in his smartphone, but that he or she uses only single-digit number of these apps on a regular basis. This as well puts a premium on the ability of a platform with the potential to distribute original content to users, rather than the accessing of off-off game (even a game that has successfully created multiple entertainment apps under a single brand). 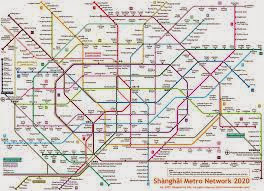 Moreover, there is the question of just how attractive the smartphone screen can ever be for displaying entertainment contents for consumption by users. My anecdotal impression is, at the moment, that tablets are much more popular than smartphones for this purpose (although that impression is tempered by my observations of the manner of smartphone use by teens and young adults on the subways of such cities as Hong Kong, Singapore, Shanghai and Beijing). With smartphone screens getting larger, tablet screens getting smaller, and hybrid categories such as the phablet appearing, the stark distinction between smartphones and tablets may become less relevant. Still, as a general matter, the smaller the screen, the less likely, it would seem, that the user will view entertain content on it. If this be true, then the lot of the apps developer of entertainment or game content for the smartphone may well be facing limited opportunities, at least if the goal is to develop a franchise brand on the smartphone platform. This may not be just Rovio’s problem, but that of the entire industry.
Posted by Neil Wilkof at 05:01:00