What happens when the employee is also the patent licensor? 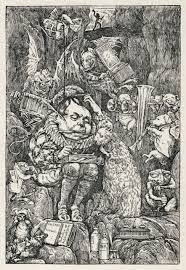 Many years ago, my IP boutique office merged into a large general practice law firm. I was curious from the onset to see which of the various departments in the firm would first seek IP assistance from me. I had put my money on one of the commercial, corporate or litigation departments. I was so wrong. It turned out that I had barely arranged the pictures on the wall of my new room when I received a call from the employment group. From that moment on, I came to appreciate the unique combination of IP law, management and psychology that characterizes the issue of employer-employee rights in IP, in general, and patents, in particular. As fellow blogger Jeremy Phillips demonstrated in his pioneering research back in the late 1970s, here, few IP issues give rise to more diversity of law and practice than the matter of employee compensation for patents, ranging from the tightly drawn statutory provisions under German law to the “anything-goes” approach (by contract that is) under U.S. law.

In the main, attention is focused on how to manage the issue in the context of an employee invention, which raises a series of potentially complicated outcomes. But a recent conversation with a colleague got me to thinking about the situation where the employee brings with him independently created patent rights, which the company subsequently wishes to exploit. Consider the following hypothetical case:
E signs an employment contract with Company X. At the time that the employment agreement is signed, E discloses that he is the owner of patent no. 123456, which he invented during his free time while working for his former employer, Company Y. E satisfies Company X, his new employer, that Company Y has no claim of rights in the patent. After 18 months on the job with Company X in an R&D managerial position, Company X takes another look at patent no. 123456 and it comes to the conclusion that the patent can provide protection for a feature not currently present in the company’s flagship product. Company X has estimated that if this feature is incorporated, it will increase sales of the product by 20% while at the same time also allowing a per-unit price increase. Sales of new units of the product in the amount of several tens of thousands are predicted annually, at least for the first few years (keeping in mind that over 50,000 units of the product, sans the feature covered patent no. 123456, are already in the market). Company X anticipates that the unit price for the new feature will range from $50,000 to $100,000, depending upon the product configuration desired. Company X wants, therefore, to reach agreement with E to use patent no. 123456.
If the employment group came to me to try and help them sort out the issues involved, what would I advise? Here are some of my thoughts:


1. It can be expected that the first issue to be considered will be compensation for E. Does E “deserve” a royalty (fixed rate, sliding scale or otherwise), based on aggregate sales for the total sales price of the units, for 20% of the aggregate sales (reflecting the expected incremental contribution of the patent to sales of the product), or some other metric? If so, should this amount be capped? Or perhaps a lump-sum may be more appropriate, given that the inventor continues to be an employee of Company X.

2. Whatever the arrangement, the accountant may be necessary to help sort out the fact E will now receive payment from Company X from two sources. Are all these amounts to be considered employee compensation, or does E somehow enjoy a dual status as both an employee and a licensor contractor? Or perhaps there will be a form of set-off pursuant to some formula based on the amounts received by E for use of the patent? 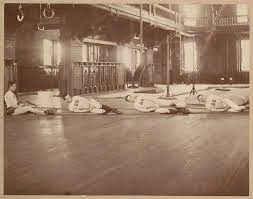 3. Assuming that E and Company X reach agreement on the compensation to be paid to E, there are also managerial issues to be considered, to wit:


a. Can E continue to be effective as an R&D manager if his total compensation is many times larger than the members of his team, not to mention other seemingly equally placed R&D managers with Company X. As well, morale might be affected.

b. Perhaps it would be advisable to have E sign a specific non-disclosure undertaking. But if so, how reasonable can be to expect the information to remain confidential. And when it does leak out, the fall-out may be worse than not imposing the obligation at all.

c. What will be E’s involvement in the design and manufacture of the improved product? Even if E views himself as a typical licensor, he would expect to have some involvement, at least at the level of disclosure of certain sales and other information. In the specific circumstances, his involvement might be more intensive. But if so, any such involvement might take away from his full attention to his responsibilities as an R&D manager.

4. There is also the trick of reconciling E’s terms and conditions as an employee of X with the provisions of the licence agreement between Company X and himself. As long as the product sells well, it is presumed that there is an alignment of interest between the two parties. But if sales do not meet expectations, especially those of E, might E not seek a way to terminate the agreement as a way to enable him to look for another licensee? Such a step is not likely but not out of the realm of possibility.

5. A variation of this might arise if E becomes dissatisfied with his R&D position. How might E seek to leverage the continued validity of the licence with Company X, whether to improve his position within the company or to ”improve” the terms of the licence, or to even leave Company X altogether. Given such a possibility, Company X needs to consider whether to secure from E a favourable (and enforceable) non-compete undertaking from the outset of the licence arrangement.

I am certain that there are additional material considerations that flow from this hypothetical situation. But even limiting ourselves only to those described above, the complexity of the situation is breathtaking. Clearly, it was no accident that the employment department sought my input so soon after my arrival.
Posted by Neil Wilkof at 09:41:00