Aside from the usual worries about lack of clarity of the current law and the difficulties of predicting future law, as well as the uncertainty as to how regulatory bodies on both sides of the Atlantic will continue to discharge their functions, there were some concerns that addressed the financial side of things. 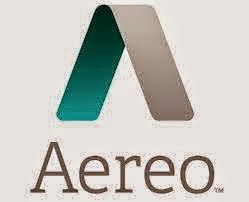 Hugh asked about Aereo: 20 years ago, no-one would have invested or bought into such a business model. Is it not the uncertainty of existing law and the cost of copyright litigation that have encouraged such investment?  Michael Fricklas responded: so many judges don't have a handle on the new technologies and how copyright law applies to them, but they do understand the need for the law not to shackle innovation. Kimberley Harris added that it was really important, in an era of rapid innovation, for the courts to develop copyright doctrine on an incremental basis rather than make big rules -- particular, Richard observed, since new and disruptive technologies soon become the normative ones.  Some attractive business propositions have already been rejected because of the likelihood of either an adverse result in litigation or the cost of protracted negotiation to avoid it.  On this topic, Brad Smith stated, paradoxically, that the world was becoming "increasingly global" but the application of IP kept differing from place to place -- meaning, as Hugh put it, that "you are bound to be screwed in one country or another".

Brad Smith then struck out with another topic: the fundamental importance of intellectual property in every key area of industrial and commercial concern in the entire world.  There's never a year in which we can say that "nothing happened". This leads to in-house lawyers having to look creatively at business problems. "You have to be nimble to find solutions", Kimberley reminded the audience. Endorsing this, Brad emphasised the need for lawyers to retain their integrity when doing so [this blogger assumes that this is always a potential problem where lawyers engage in fast-moving industrial issues in which the risk of failure presses hard upon them]. David Hyman went further: when giving advice on the business side, try to imagine how it would look if it hit the front page of the New York Times. Don't be afraid of failure -- and be careful about advising that "there's only a 10 per cent chance of failure": it's surprising how often a 10 per cent chance of failure actually happens.

Discussion was then steered from IP to competition issues: how do IP-oriented in-house counsel deal with competition issues? Michael focused immediately on parallel importation of satellite broadcast decoding equipment, while David noted how markets and technologies change far more quickly than regulators can look at them and examine the competition issues.
Posted by Jeremy at 15:04:00