Is the U.S. changing its focus on Chinese recognition and enforcement of IP?

China and the U.S. are in the midst of their annual bilateral talks against the backdrop of accusations and counter-accusations regarding cyber theft or worse. The high profile nature of these bi-lateral accusations (in truth, initiated by the U.S., but with a notable rhetorical parry by China) regarding cyber-theft point to an interesting, if subtle,  shift that may be taking place in the nature of the U.S. position regarding alleged Chinese misappropriation of U.S. intellectual property. Where once the focus was more on allegations of counterfeiting and brazen infringement of IP rights subject to long-time international treaties—mainly copyright, trade marks and patents, today the focus of the IP narrative may be tilting increasingly in the direction of trade secrets and confidential information. 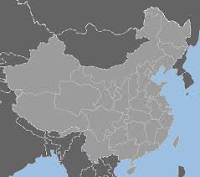 Think about it for a moment—over several decades, U.S. trade policy has aggressively centred on the alleged Chinese penchant for copying things and processes for which they do not have rights. Whether it was a CD or computer software, food or medicine, the refrain was loud and consistent: too large a percentage of U.S. goods protected by copyright or trade marks were being misappropriated in China, leading to large commercial losses for the U.S. rights owners. When food and medicine were involved, health and public safety were added to the list of grievances. Indeed, alleged Chinese violations of IP rights were invariably listed as one of the top trade issues between the countries.

Compare that with recent utterances, especially in light of the bilateral meeting taking place. Permit me to offer two examples. The first was an interview heard on a Bloomberg podcast with the head of a leading US-China trade association. What was interesting in the interview was that the interviewee did not mention IP as a pressing issue. Instead, he pointed to the continuing requirement that foreign investors cannot hold a majority interest in a Chinese joint venture as the biggest single commercial issue from the US side.

The second example is taken from an article under the byline of Paul Eckert that appeared on July 9th in Reuters.com ("Snowden affair blunts U.S. push for China to curb cyber theft"), here. The clear focus of the article are U.S. accusations of what the article calls "state-sponsored IP theft", where the intention are "thefts of trade secrets" or, as stated elsewhere in the piece, "[c]yber theft of industrial designs, business strategies and trade secrets". The previous litany of accusations about wholesale copying products and their trade marks seems to be missing. While I cannot warrant that these two exchanges are conclusive evidence, they do tantalizingly suggest that there is a changing narrative from the traditional issues of IP counterfeiting and infringement in favour of an emphasis on trade secrets and confidential information. 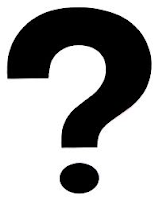 If this shift is indeed occurring, then there may well be material implications about the way that the U.S. will have to deal with the situation. Perhaps the best way to comprehend this difference is by considering the distinction, attributed to Donald Rumsfeld, who served as the Secretary of Defense in the cabinet of President George W. Bush. Thus, it is said that Rumsfeld distinguished between "known unknowns" and "unknown unknowns". Applying this to alleged Chinese violations of IP, one can view claims of misappropriation of patents, copyright and trade marks as "known unknowns." By this I mean that the object of the infringement could be identified (a CD, computer software and the like). The unknown was the extent to which rights holders could locate all of the infringing items and whether the Chinese administrative and judicial systems were enforcing these rights. As said, such infringement and enforcement is a "known unknown."

Much different is the situation of trade secrets and confidential information. By their nature, the very subject matter is difficult to objectify (as any lawyer who has ever tried to prepare a schedule covering trade secrets to an agreement). Thus not only is enforcement of the right in the realm of the "unknown", but so is the very object of the enforcement. Accordingly the claim is that, when trade secrets are involved, they are a form of "unknown unknown." Without the luxury of being easily able to objectify and identify the right, enforcement becomes that much more difficult.

Add to this that trade secrets are only uneasily recognized as a form of IP. (See Mark Lemley, "The Surprising Virtues of Treating Trade Secrets as IP Rights", here (SSRN version)). In that connection, I recall a recent meeting with a client who was seeking to make an investment. I was called upon to discuss the IP position of the target. I explained that the bulk of the company's IP was in the form of trade secrets. The client continued to look at me in a quizzical fashion, before he finally said—"So what you are telling me is that the company doesn't have much IP." In his view, IP did not include trade secrets. Add further to this that, when claims of trade secret misappropriation are intertwined with claims of mutual cyber-theft, the legal high ground that the US was able to take with respect to infringement of traditional IP disappears. Rhetorical ambiguity follows.

If, in fact, to the extent that the U.S. is altering its focus with respect to Chinese enforcement of foreign IP rights, by emphasizing trade secrets at the expense of patents, copyright, and trade marks, the challenge of making IP a compelling trade issue will be that much more difficult. Rumsfeld warned us about the difficulties of dealing with "unknown unknowns" in connection with defence and national security. The challenge may be no less daunting with respect to trade secret-driven IP.
Posted by Neil Wilkof at 21:54:00