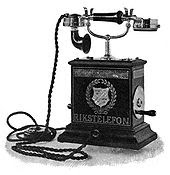 Today's Tel Aviv conference on "Best Practices in Intellectual Property 2013: International Perspectives on Creating and Extracting Value" focused on, among other things, IP monetisation.  This session, moderated by Monte Silver (CEO Yazam IP), was opened by Jonathan Taub (Acacia Research Group) who began with a fundamental question: why monetise patents? Patents have become a discrete asset class, he said, citing figures from the World Bank and Deloitte & Touche to buttress his contention that monetisation has become a common practice since the beginning of the 2000s, fuelled by an accompanying technology explosion. There is no better example of this than the field of telecoms technology.

Jonathan compared the phenomenon of a country with a small number of mega-corporations enjoying a large international market share with that of the start-up economy of a country such as Israel, with a large number of smaller IP-laden companies but initially a very low international market share.  How does such a country monetise its patents and grow its businesses -- by licensing or by selling its patents? A good case can be made for each path. Royalty income appears on the profit-and-loss account rather than as an asset disposal, and therefore does not affect the valuation of the licensing company, though it may not satisfy the immediate need for cash infusion which only a sale can achieve.  Typically, large and successful companies make more money by licensing their IP portfolio than by selling.

Jonathan recommended licensing over sale as being less disruptive of the patent holder's business and as exposing it to lower risk, while offering the opportunity for the licensee to enrich the licensor through its own experience and technology skills. Licensing can lead to ongoing relationships, which in turn lead to greater trust and further cooperation.  Another consideration is that, when a patent is seen to be offered for sale for a long time, potential purchasers wonder what's wrong with it and can be reluctant to buy it.

Jonathan then spoke of the advantages of seeking a deal through an intermediary, the tendency of licensor and licensee to gravitate towards one another and the need for good due diligence.  What about IP auctions? Do they still make sense? Enigmatically, he indicated that there may be situations in which they do, but he did not adumbrate on when they might.

Earlier sessions of this conference have been noted on the IPKat here, here and here.
Posted by Jeremy at 12:27:00