It's not been a good few months for Tawanese handset manufacturer HTC. It's seen its share price collapse by over 45% in the past three months and around 70% in the past year and has now reached a four year low . So what's up? Well part of it is certainly due to the drop in sales, but the patent disputes with Apple and Nokia cannot be very helpful. HTC lost to Apple over in the US International Trade Commission last year when the Commission ruled that HTC were infringing Apple's patent on links which enabled emails to be sent or information to be retrieved. The counter attack using "borrowed" patents from Google seems to have failed with the ITC ruling that the patents may not be used. Even the good news from the UK relating to rejection of Apple's suit based on four patents, including the slide-to-unlock patent, has not helped the share price. 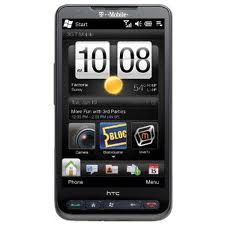 Added to the Apple woes, the company has also been sued by erstwhile Finnish company, Nokia as well as by Kodak. The impact of these suits on the company's business model must be considerable. Reports suggest that HTC is paying Microsoft for the use of its patents USD5 per handset, and Microsoft wants to increase that sum. However, that is only one part of the equation. Other companies also hold patents related to mobile telecommunications standards for which HTC are either paying a royalty or elect to be doing so. That must be cutting into the profit margins on the HTC phones.

The question is: would HTC have been better sticking to their previous policy of making white label products for network operators, such as T-Mobile. It's unlikely that the other handset manufacturers would sue a network operator - and the network operator may well anyway have already obtained access to many of the relevant patent rights due to their own licences.