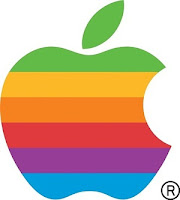 Should I or shouldn't I? Should I or shouldn't I? With so much commentary about last Friday's jury verdict in the Apple v Samsung trial in the U.S., I have thought long and hard about whether to share my observations about the decision. The answer ultimately being "yes", I want to focus on one major point, namely the interrelationship between patent infringement, content aggregation via smartphone apps and brand strength.
The Apple case is distinguished by the way that its results will potentially enable Apple to maintain and even extend is preeminent position in what really matters--the strength of its brand and the superiority of its apps-based user ecology. With all of the conversation about the value of the victorious Apple patents, one should not lose sight of the fact that patent litigation seldom, if ever, has the result of reshaping the structure of any entire industry. At the most, a given or a small number of products may be affected and the defendant may have to pay a substantial amount of money in damages. However,with the pharma industry as the possible exception, I am hard-pressed to recall a patent decision that has had an industry-altering effect.
Compare this with social media, where copyright litigation (think, e.g., Napster), thanks to network effects, has forced the losing party to alter the structure of its business. Shutting down the file-sharing function of Napster's service put Napster out of business and changed the way that file-sharing is carried out. As for the instant case, however, even if the court imposes a broad form of permanent injunction against certain Samsung products, that fact alone will not be the main reason, should Apple then see its position in the smartphone product strengthened. Rather, the case is simply another means by which Apple can enhance the brand strength and user ecology of its products. Without these results, even if Apple's coffers are enriched by one (or more) billion dollars, the patent case will not deemed a victory to Apple's long-term strategic vision. At the end of the day, it is the Apple brand and user experience, not any short-term restrictions on competitors, that will determine Apple's ultimate fate.
Seen in this light, the discussion last week about how the jury's result may lead to an increase in innovation in the smartphone industry seems misplaced. This is mere cant that misses the essence of what is going on in the smartphone industry. The Teece truism that was so powerfully expressed nearly 30 years ago in his article, "Profiting from Technological Innovation: Implications for Integration, Collaboration, Licensing, and Public Policy", Research Policy (1986), namely that innovation per se is not what usually ensures commercial success, but rather complementary assets such as marketing and distribution skills, remains true today. Indeed, one might say that if Apple succeeds in severely diminishing the role of Android phones, it will have turned Teece partly on this head: enough an IP position for Apple to leverage the complementary assets that really matter. 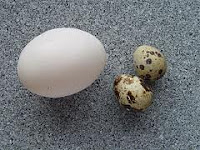 If wants a technically competent competitor to the Apple smartphone that does not seem to be in the line of Apple's litigation fire, then one need go no further than the new Nokia-Microsoft device. But Nokia has little brand strength in the smartphone space, there are far too few apps, the chicken and egg problem of how to encourage more developers to develop new apps remains stalled, and whether or not Microsoft is the operating system for this smartphone is of little value in convincing a consumer to purchase this product. From the Teece perspective, the Apple brand and the iPhone user experience/ecology/Apps store reign supreme and will only be strengthened. No, innovation is not the issue but whether the decision will enable Apple to leverage its brand and ecosystem in a way that will make it that much more difficult for competitors to flourish.

If this view is correct, Nokia/Microsoft will have to hope that they can attract a critical mass of competing apps, that the Microsoft operating system replaces the Android as the credible alternative to the iPhone and that Nokia and Microsoft can then leverage these factors to build a competing brand presence of the industry. As we watch these developments play out, the ultimate impact of last week's decision regarding patent infringement may well be of less significance.
Posted by Neil Wilkof at 15:23:00