What Should Engineers Know About IP ? 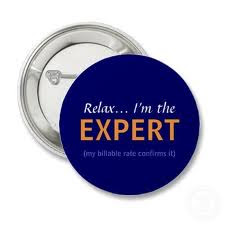 Those of you who follow me in the blogosphere know that one of my continuing interests is how thought leaders in the entrepreneurship space view the role of IP. I assume that IP practitioners are not involved in IP for its own sake (as intellectually engaging as we may find it), but rather for the services that IP may provide in enabling innovation and creativity. If that is so, the question is whether the practice of IP carries with it a certain dysfunctional tunnel vision, the far end of which yields only a narrow view that fails to take into account the broader context.

One way that I constantly try to measure the potential dysfunctionality of my professional vision is to read or listen to thought leaders in the world of entrepreneurship. While I recognize that not every entrepreneurial idea need involve the kind of innovation that requires IP protection (particularly patent and trade secrets), it is still more likely than not that most successful entrepreneurs are presumably acting in an area that one can expect to attract IP protection. To test this belief, I have become an avid podcast listener of the weekly (during school term) podcast broadcasts offered by the DFJ Entrepreneurial Thought Leaders Seminar offered under the aegis of the Stanford Technology Ventures Program.

Since this lectures series and the related entrepreneurship program are lodged within the world-famous Stanford Engineering program and its cache enables it to attract world-class figures in innovation and entrepreneurship, it has always seemed to me that the narratives set out by these lecturers should be a useful barometer in measuring how they view the role of IP. Accordingly, I was particularly eager to hear the remarks of Dr. Kristina Johnson, one of America's most distinguished engineering personalities here.

Dr Johnson has a breathtaking resume, from Stanford Ph.D. to a university professorship, to scores of registered patents, to Deanship of the Engineering School at Duke University, to Provost at Johns Hopkins University, to a stint as an Under Secretary in the Department of Energy in the Obama administration, to her current involvement in an energy-related start-up. Given her broad engagement in just about every possible aspect of innovative activity, Dr Johnson seems to be an ideal observer about where IP stands in this world. 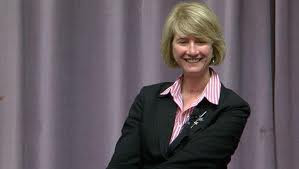 Listening to her comments, I was struck once again by the pronounced sense of disjunction between her view of IP and that of the professional IP community. In commenting about her own professional trajectory, Dr Johnson mentioned patents only once, and that was in the context of anecdotal description of an early idea of hers (that ultimately was not patented). While she mentioned in passing her numerous registered patents, we are not given any insights into how these inventions were exploited, if it all. While the Bayh-Dole Act here is briefly referred to, we are given no indication whether its enactment affected her inventive activity and/or whether it resulted in increased commercial exploitation of her inventions.

Dr. Johnson's overall narrative was a compelling one, but IP played only a minimal role in the tale. It was the Q&A that brought out her further thoughts about IP. The first question was asked by a member of the audience who identified himself as retired from a well-known industrial (tech?) company of another era. The question was simple: how did she see the role of IP? It would seem that the question derived from the same sense that I had in listening to her comments--something seemed to be missing in her narrative.

Dr Johnson's response was, more or less, to acknowledge trade secrets and patents (in that order as I recall), with the comment that patents served mainly to provide early stage "barrier to entry." No other potential benefits of patents were mentioned. One could claim that had she been given additional time or a heads-up on this question, she might have answered differently. That is possible, but for the record, her response was that the principal purpose of patents was as a barrier to entry. She added words to the effect that, in her view, patents are often overemphasized where it is really the overall know-how of the company and the ability to execute that ultimately determines the company's success. Stated otherwise, patents offer certain tactical benefits but little more.

There is one more aspect to my tale. Stanford is the site of the National Center for Engineering Pathways to Innovation (Epicenter) here, a program funded by the National Science Foundation, whose mission to infuse entrepreneurship and innovation skills into undergraduate engineering programs. During the podcast, Dr Johnson was mentioned as an advisor to the Epicenter. Keeping in mind that the Epicenter has as its goal the inculcation of innovation and entrepreneurship skills in engineering students, here is the question: How does the Epicenter view the role of IP in carrying out its mission? Does Dr Johnson reflect the consensus, or are there other views about the role of IP? If so, what are the views? Given the centrality of Stanford and Silicon Valley to engineering education as well as entrepreneurial activity, the answer to this question will have a material affect on the role of IP among the actors in that world.
Posted by Neil Wilkof at 19:55:00