The Pareto Principle and the Commercial World of Smartphone Apps 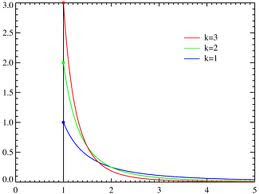 I will admit: I am Pareto's principal devotee. The basic idea that numerous phenomena can be characterized by the "notion of the vital few" will account for the lion's share of something seems to resonate with my own anecdotal and analytical experience. Often referred to as the "80/20 rule" (such as "80% of one's sales come from 20% of one's customers"), I find myself finding Pareto-like results even when I am not really looking for them.

The eponymous principle derives from an observation made by Vilfredo Pareto that 80% of land in Italy (and other countries) was owned by 20% of the population. However, the name "Pareto principle" was in fact not coined by Pareto himself, but by a fascinating U.S. engineer named Joseph Juran, who story is itself worth retelling. Suffice to say that Juran's contributions to management based on his adaptation of Pareto's findings is an often under- appreciated milestone in the field here.

I would like to use the notion of the Pareto principle to consider a question that was asked on a recent "60 Second Tech" podcast produced by Scientific American magazine: How many people download only free or spend very little (a dollar or so) for smartphone apps? Citing a study by ABI Research here, the podcast reported that 70% of all users of smartphone apps download only free or virtually free apps, This, more or less, suggests a Pareto-like division, whereby only 30% of smartphone users ever pay for any apps that are not free or virtually so.

This result resonates with a finding that I remember hearing about Twitter, whereby only 20%-30% of Twitter users account for the lion's share of Tweets. Once again, Pareto seems to be popping up all over. But the ABI Research-inspired podcast reported additional data regarding the app-buying habits of smartphone users. Having regard to the release that accompanied the report, it turns out that only 3% of app users account for nearly 20% of all expenditures for apps, where the average outlay by users who have at least once paid for an app (including this small number of hard-core users) is approximately $14.00 per month. Pushing even further on these results, it turns out that the median monthly outlay for app users is only approximately $7.50, approximately 50% less than the average monthly expenditures of $14.00. 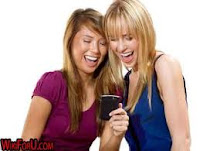 Consistent with a Pareto-like view of the world, there is certainly nothing Gaussian about the discrepancy between the mean and median amount of the monthly outlay. In a word, app developers who hope to cash in on their creative efforts are relying a very thin layer of app users. Moreover, there appears to be a clear distinction in the type of apps that will attract "high-roller" users. Most of these apps are what is called "a utility app", most frequently for business purposes. A second category of apps that attract paying customers are "iOS games monetized through strings of in-app purchases." At the other end, apps regarding sports and the like can expect to have little or no commercial traction.

The ABI Research report suggested two ways that app developers can somehow improve the commercial odds against enjoying even a semblance of commercial success:


1. Try to make sure that your app either supports or is supported by a web component.

2. Try to find a way to convince your customer that the app merits a long-term (by app standards) engagement by them.

One way to do so is by the time-honoured practice of first giving the app away for free with the hope that you will develop a small yet highly devoted band of followers who will be willing to lay out monthly sums to ensure their continued access to the app and its updates or upgrades. I have to admit--this is all very depressing. My son is nearing the completion of a Computer Science degree and I wonder what I would advise him, should he announce one day that he has decided to work on developing smart phone apps. If not quite "blood, sweat and tears", should I counsel him on the dismal likelihood of success? Or should I simply wish him the best on his journey and assure him that he has always has a roof over his head, if all else fails?

More generally, I wonder whether the business model described above is sustainable in the longer run, whereby the promise of substantial revenues for the very few, together with the more broadly based challenge to develop an app that will be used by others, irrespective of whether such an app generates revenues, will continue.

More on the Pareto principle here.
Posted by Neil Wilkof at 07:35:00