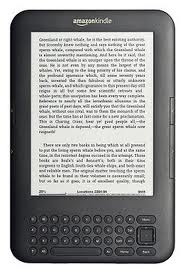 During the rise of digital connectivity in the 1990s, one of the issues that most preoccupied copyright scholars was the convergence of reproduction and reading. Prior to the digitization of contents, the act of reproduction (i.e., the production and distribution of a tangible book) was wholly separate from the act of reading the contents contained in the book. Copyright protected the terms and conditions by which protected contents could be published, but copyright played no part in the right to read those contents.

The online, digital world changed all of this because, in the digital world, reading contents on a computer involved the act of storing those contents in digital form in computer memory, and such storage was deemed an act of reproduction of a literary work under the copyright law. The upshot was that one could not read digital contents without also reproducing those contents in a copyright sense. Copyright owners sought to take advantage of this convergence through the development of digital rights management. In turn, scholars took aim at DRM and the use of copyright to monitor the right to read, most famously perhaps, in Professor Julie Cohen's seminal article--"A Right to Read Anonymously: A Closer Look at 'Copyright Management" in Cyberspace" here.

While this critique on the implications of this convergence on the right to read was insightful, it did not address an equally significant change in modern reading culture, namely the extent to which reading is also a shared experience. The culture of the book, something that could be held, displayed and exchanged, meant that there was a certain public aspect to the reading enterprise. I can think of no better example of this public dimension that the presence of the English translation in 2009 of the book Alone in Berlin, by Hans Fallada here. Published in German in 1947, the book became an international best-seller in English several years ago. And how did I become familiar with the book? I remember distinctly. While in London, I noticed the book on display at several bookstores; I also noticed a number of people reading the book on the Underground. This double validation was good enough for me and I went to purchase a copy (and what a great read it was!). I am not certain that I would have encountered the book except this public aspect to the culture of reading.

This private/public duality came to mind in reading an article by Katherine Rosman that appeared in the March 14th online edition of wsj.com. Entitled "Books Woman Read When No One Can See The Cover" here, the article described the rise of the "romantica" genre of e-reader contents. Rosman describes romantica as "an old-fashioned love story and pop-culture references like those found in "chick lit." Plus, there is sex—a lot of it. Yet unlike traditional erotica, romantica always includes what's known as "HEA"—"happily ever after." The e-reader has become what Brenda Knight from Cleis Press, of Berkeley, California, calls the "ultimate brown paper wrapper." Stated otherwise, sitting on the train or bus, or lounging on a beach chair, no one can see what you are reading. As one reader mentioned in the article stated, "the digital format helped her get over her embarrassment." Without the e-reader, she would have refrained from being seen in public while reading contents of this kind--"Some of the contents are very explicit."

Some data show the success of "romantica." According to the article, nearly 40% of new books in the "romance" area are sold online; the amount sold for "erotica" may be even higher. Cleis Press is now up to 60 titles. Indeed the romance genre, broadly defined, constitutes 17% of sales of adult fiction. The reason is not hard to understand. Said Adam Nevill of Mischief Books, "[i]t used to be a long walk to the counter with an erotica selection, but that's a thing of the past." Moreover, for a prospective reader who was undaunted by Nevill's long walk to the check-out counter, it was not even easy to find the "erotica" category. The e-reader makes that problem a thing of the past.

What does the rise of the "romantica" category say about the public aspect of reading? As Rosman herself noted in an online interview accompanying her article,"reading is less social". That is true, in my view, but only to a point. The e-reader provides a form of anonymity with respect to the contents being read, even if the act of reading is taking place in a public space. As such, it is an example of how copyright has become subject to the process of privatizing (atomizing?) public space. To some extent, as well, the public function of books, such as my experience with Alone in Berlin, is being eroded. That said, and as the article itself points out, there are developing alternative forms of social validation -- either via book reviews or online viral messaging about popular new titles. While not "public" or "social" in the bricks and mortar sense, it is not a private and anonymous act in the 1990's sense of "the right to read anonymously." Like so many other aspects of the creation, distribution and consumption of contents in the online world, the old rules are being rewritten, even if not wholly discarded.
Posted by Neil Wilkof at 22:26:00