It remains my most vexing professional challenge. The "it" is how to integrate IP/IC into management education. The vexation comes from the seeming paradox tha, while intellectual property and intellectual capital are routinely described as cornerstones of innovation, if not modern business itself, their systematic presence in MBA curricula remains sporadic at best. I was reminded of this in connection with two quite different experiences that I had during the week.

In the first, I had occasion to spend some time with the dean of a local business school. Recently appointed, he was taking bold action to modify the schools's MBA program to make it more appropriate for today's student body. In that connection, he wanted to hear more about my class on IP and Management that I teach elsewhere. His question, half  "devil's advocate", half an expression of curricular skepticism, was simply this: "I have space for 20 or so courses in the program. Why should a course such as yours be part of the curriculum?"

The case in favour of inclusion is not simple. In the face of multiple courses in strategy, finance, marketing, and operations, the role of a course focusing on IP is dfficult to explain. The uneven diffusion of IP subject matter throughout an organization, the origin of IP as a branch of legal practice and its intangible character all give IP a bit of orphan status within the school's curriculum.

The Dean pushed me for examples of how the course works in practice. A pregnant pause ensued, finally punctuated by several examples of IP and management that seemed to pique his interest. All the while I stressed that one can look at MBA education as a platform for imparting relevant narratives to the students. Taken from this perspective, the ultimate justification for the course is that it highlights the IP narrative in a manner that is front and centre: "Can you imagine a manager who does not have the ability to apply the IP narrative to his daily businsess?", I asked. I am not sure that I convinced him that the answer is "yes". If I failed, cohort after cohort of young managers will be trained at his school without receiving any systematic tranining in this field. The managerial narrative for these students will simply lack a meaningful consideration of IP.

This absence of a narrative for IP was reinforced in listening to a podcast that featured a well-known venture capitalist describing the foundations of the VC world. The speaker did not disappoint. He described the flow of foundation money from university and similar endowments as the turning point for VCs to attract substantial investment capital. He emphasized the importance of the human dimension in any investment, and observed that any prospective company that puts special emphasis on an exit strategy for the company lacks the necessary patience. He distinguished between great innovative ideas and market potential. There are a lot more of the former than the latter.

These multiple narratives about the VC enterprise were interesting and instructive. Except for one thing: the speaker mentioned IP only in passing. Based on his words, IP was not a central part of the VC narrative. In follow-up correspondence with the speaker, he replied briefly that the company "of course" takes an interest in the company's IP, ie., "FTO and patentability." In his view, IP is largely limited to patents, and the work required is the purview of patent technocrats, far removed from most of the company's managers. 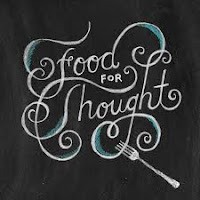 This podcast and email correspondence reinforced the sense of frustation that I had felt in my meeting with the dean, namely that IP is not part of the mainstream MBA narrative for most students. The upshot is that most MBA students will continue to go through their programs with scant or simply no attention being paid to IP. Is there a price to be paid for this? Perhaps. It is frequently observed that innovation has materially declined over the last few years. There are no doubt a number of reasons for this troubling state of affairs. Against that backdrop, one wonders whether the absence of a meaningful narrative regarding IP within the context of most MBA programs is another source of the innovative malaise. This is at least narrative food for thought.
Posted by Neil Wilkof at 23:43:00

My research in this area has been with engineering faculties, and their reluctance to include IP in the curriculum of their students.

Sources of the reluctance boiled down to--

1.  The syllabus is too crowded;
2.  You can't expect me to teach something with which I am unfamiliar;
3.  Good students will find this out for themselves when they start work.

Where IP education has been integrated into non-law faculty curricula, it is because of the presence of enthusiast(s) who are prepared to champion IP through the exhausting process of academic course committees, through the stages of proposal, fighting for 'space' with other contending subjects, and on to course validation.

I suspect the same might hold true for Business Schools.  Nor should we underestimate the negative perceptions amongst other academics of 'IP law and lawyers'.

Of the text --This absence of a narrative for IP was reinforced in listening to a podcast that featured a well-known venture capitalist describing the foundations of the VC world. (...)--, note the text wherein a prominent, still-existent VC spoke of the near-irrelevance of patents to VC investment. See

"Patents are not why we are investing" . Although many pro-patent people speak of the need for patents to attract VCs, the strength of this particular argument is not clear. There are a lot of VCs who don't focus on patent portfolios. Neil's post is not inconsistent with this observation.

Thanks for your comments.

In my email exchange with the VC executive who was described in the blog, I identified myself as an IP lawyer. Maybe he felt compelled to state that IP (read: patents) is important simply as a sop to me in light of my professional identification, even if IP is in fact merely a secondary consideration for him; maybe he underplayed IP in his podcast broadcast because of how he viewed his particular audience (the podcast was recorded from an address that he gave); or maybe it was simply an oversight. I don't know.

It might also depend on the industry. A VC investing in Zynga, Spotfiy or LinkedIn might view IP differently than one investing in clean tech. Again, I don't know.

Have you considered offering to integrate ip into the topics that are chosen?

I've never done an MBA, but I'd guess there are lots of potential hooks. For example, building brand value, encouraging knowledge sharing, working with other organisations and identifying and quantifying organisational assets. Perhaps effective procurement and a spot of ias38 too?

If a module on ip is a tough sell, do you think an embedded offer might be more appealing?