There's Still Some Life in the DVD Market: Should There Be? 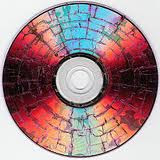 Talk about the future of distribution of movie contents and all you hear these days is about finding workable commercial models for streaming to a variety of computer and hand-held devices. DVD-rentals seem to be "oh so yesterday." Both the sale and rental of DVDs continue their steady decline. U.S DVD sales are repoted to have dropped by 5.8% in 2010 to $16.3 billion dollars. The recent missteps by Netflix, the pioneer in DVD-by-mail rentals, which tried to separately price (and later even separately brand) its streaming and DVD-rental services with the express intention, were apparently driven in part by the strategic goal that, sooner or later, DVDs will be passe. One could be excused from thinking that the industry is largely giving up the DVD battle.

That does not appear, however, to entirely be the case. As reported on Bloomberg.com ("Holllywood Studios Said to Study 60-Day Ban on New DVD Rentals to Aid Sales" here), the studios are still seeking to find ways to increase profits from DVD sales at the possible expense of DVD-rental and VOD. According to the article, "[s]tudios are searching for ways to bolster DVD sales and purchases for online viewing, in part by postponing the availability of newly released DVDs for rent or by subscription.... A 28-day window is simply not long enough to shift consumers fast enough to higher-margin” video-on-demand rentals and purchases," observed Rich Greenfield, a noted media analyst.

Accordingly, rumours are flying that the studios are contemplating increasing the waiting period to 60 days before a DVD may be rented or made available on VOD. Not for the first time, reaching back into the mists of 17th century England, where the fledging author class was in conflict with the Stationers, we find today the owners of movie contents at loggerheads with their distributors.

Mind you, even the current 28-day window is a source of discontent. Paul Davis, the CEO of Coinstar, the operator of the Redbox DVD kiosks, states flatly that "[p]roviding access to rental and for-sale customes on the same day is the best for consumers." And besides, Davis notes, "it has the option of buying DVDs elsewhere. Coinstar is posturing a a bit here. Movie contents are not fungible items for which there are perfect product substitutes. Not surprisingly, therefore, Davis has admitted that "[s]ome studios want a window and we try to work with them,[but] there's a point to where it not make sense." Extending the window to 60 days would make a great test for Davis's comments.

The conflict over the length of the ban before DVDs can be rented suggest a number of points:


1. While the market for DVD sales is declining, the aggregate sales amount of more than $16 billion dollars is still substantial. Moreover, sales margins are much more attractive than margins on rentals and the like. Thus, even if the content market is in a transition period from DVD sales to on-line streaming, the studios still have an interest in maximizing revenues from such sales.

2. That said, there is always the tricky balancing act of seeking to squeeze more income from one's current business, while at the same time trying to meet the challenges of creating a new business model.

3. Moreover, a company such as Coinstar may have nowhere else to turn. While Coinstar may be at loggerheads with the studios about the window period, both would appear to be in the same boat with respect to the commercial exploitation of DVD contents. Netflix is trying to decouple itself from this reliance on DVDs by moving into streaming, but recent events show how difficult it is to make the transition in the face of a disruptive technology. It is equally likely that the studios will face a new set of distribution "partners" once the streaming business takes firmer shape.

4. The implementation of the extension from a 28 to a 60-day window will be an interesting experiment in whether consumer behavior can be materially influenced. As Greenfield notes above, the goal is to "force" the consumer to consider the option of purchase or face the prospect of having to wait for an unacceptedly long period before rental is available.