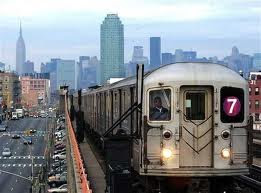 The recipe for Coca Cola has famously been kept confidential since its initial formulation in 1886. An example of the long-term value of confidential information in engineering comes from a recent dispute between Faiveley and Wabtec in the field of air brakes for trains on the New York subway.

In the 1970s, Swedish company SAB Wabco developed a brake system for trains and, nearly two decades later in 1993, granted a licence to its US sister company, Wabco, to use its patents and confidential manufacturing drawings to supply brake systems for trains on the New York subway.

Ten years later, SAB Wabco was acquired by French company Faiveley which decided not to renew the licence with Wabco (since renamed “Wabtec”) but which instead sought to have itself substituted for Wabtec in a contract with the New York City Transit Authority for overhaul of subway trains.

When the Transit Authority refused to transfer the contract, Faiveley launched a legal action in the US courts, alleging that Wabtec was continuing to (mis)use the confidential manufacturing drawings provided under the now terminated licence. Faiveley sought an injunction preventing Wabtec from using the drawings in the overhaul contract together with financial compensation.

On 29th July this year, nearly forty years after the brake system was first conceived and long after the expiry of any patents, Faiveley were awarded damages of nearly $20 million.

As an aside, this matter previously went to appeal in 2008 where it inspired one of the judges to note in his decision that:

To the parties in this case, subway brakes are known as “Brake Friction Cylinder Tread Break Units” (“BFC TBU”). For the rest of us, BFC TBU are “that loud squeaking, sparking braking system that so reliably stops the New York City Transit subway system.” ... Twenty-four hours a day and 365 days a year, the City’s subway cars safely stop at 468 passenger stations—and, as any straphanger knows, many times in between—depositing riders of all classes and descriptions at homes, workplaces, ballparks, and every other destination imaginable. See generally MacWade v. Kelly, 460 F.3d 260, 264 (2d Cir. 2006) (“The New York City subway system … is an icon of the City’s culture and history, an engine of its colossal economy, a subterranean repository of its art and music, and, most often, the place where millions of diverse New Yorkers and visitors stand elbow to elbow as they traverse the metropolis.”). The subway is an indelible feature of the City’s culture. Its legend and lore fascinate locals and visitors alike. See, e.g., Carrie Melago, It’s the Rail Thing: Subway Ride Record is Official, N.Y. Daily News, Aug. 8, 2007, at 24 (reporting that six alumni of Regis High School set a new world record for stopping at all 468 stations on a single fare: 24 hours, 54 minutes, and 3 seconds). A point of personal pride for many New Yorkers, the City’s subterranean transit has appeared in song, on stage and screen. See, e.g., Leonard Bernstein, et al., “New York, New York,” from On the Town (“New York, New York—a helluva town, / The Bronx is up but the Battery’s down, / And the people ride in a hole in the ground; / New York, New York—It’s a helluva town[!]”), as quoted in The Oxford Dictionary of Humorous Quotations 329 (Ned Sherrin, ed., 1995) (attributed to Betty Comden and Adolph Green, lyricists). The subway’s rhythm and sound have also rumbled into the canon of American literature. See, e.g., Tom Wolfe, The Bonfire of the Vanities 36 (Farrar Straus Giroux 1998) (1987) (“On the subway, the D train, heading for the Bronx, Kramer stood in the aisle holding on to a stainless-steel pole while the car bucked and lurched and screamed.”). Moving forward, our next stop is the trade secret dispute concerning the distinctive brakes used by the New York City subway system.
Posted by Ian P. Hartwell at 09:54:00