How Strategically Important is IP for China? 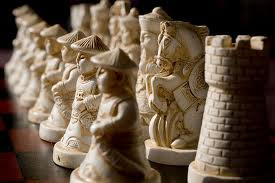 One of things that I like to do in my spare time is follow the various publications that are produced by an energetic local think tank devoted to international relations and strategy. If I am really lucky, I am invited to a session or two that the think tank offers from time to time on these topics, where they bring people from around the world to discuss various topics on international strategy.

A little whie ago, I suggested to the director of the think-tank that to consider a session on the role of intellectual property as a component of strategic thinking. He was not late in responding -- nor did he beat around the bush. "Look", he said, "I simply don't see IP as a strategic issue. You are invited to try and convince me otherwise, although I don't really imagine that I will change my mind." I am still working on a response.

I thought of this exchange in reading a recent article that appeared in the June 11th issue of The Economist. Entitled "Chinese Manufacturers: The End of Cheap Goods," the point of the article was that, due to a confluence of factors, the "China price" that has enabled China to be the manufacturer for the world at prices that undercut competitors was coming to an end. Faced with rapidly rising wage and commodity costs, the main drivers for 30 years of global price stablilty, we may be entering into an uncertain and unstable cost environment.

From the IP perspective though, what was really interesting about the article was its description of what were the factors that drove the first wave of the Chinese economic miracle and where the second wave of the miracle may be coming from. As for how China got there, the factors listed were the convergence in southern China of free or almost free availability to both land and labour, an efficient port and access to the nearby logistics hub of Hong Kong. Nothing mentioned about ease of imitation, at the best, or ease of outright IP misappropration, at the worst. Land, labour, transportation were the fundamental reasons for the success of Chinese manufacturing.

So is there a next stage for Chinese development? According to the article, all one needed to do is to have attended the Computex technology fair that took place in Taipai at the end of May. It was reported that many of the Chinese companies on display there come from the same areas in southern China from which the earlier wave of Chinese manufacturers emanated. This time, however, the wares were not textiles or toys, but elecronic products and the like.

And what characterized these electronic products? Their price, of course, being 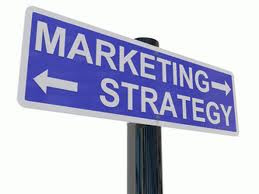 described as "ultra-cheap" vesions of global hits, such as an Android-based table for $100, MacBook imitators for under $250 and E-readers that were "available for a song." Whether these products can be produced at those prices is unclear. More importantly, and this is the real clincher--"the intellectual property embedded in some devices may not, ahem, have been paid for." Still, the booths for these products were packed.

And so the question: how strategically important is IP to all of this? As for the fading low-cost present, it was not even mentioned as a factor. On an uncharitable reading, one can explain this by reasoning that, once one factors into manufacturer and production a general disregard for IP rights, the things that really matter are land, labour and transportation. When those factors become more expensive, the entire busines model is at risk. Whether the business model would have ever gotten off the ground if IP had been reasonably protected is a counterfactual question, the answer to which we will never know. With that reservation, one point in favour of the director of the think tank; IP was not ultimately a strategic factor in the current phase of Chinese economic success.

As for the future, the issue is less clear. On the one hand, from the point of view of IP, the tone of the article is, more or less, "here we go again." Then, as now, don't expect your IP to be honoured. On the other hand, however, maybe sophisticated electronics products are different from toys. Maybe, just maybe, it is one thing to exhibit a low-cost electronic product with questionable IP clearance at a trade show, but another matter to manufacture and export the product to western markets. It will be interesting to see what ultimataely happens here--export of such products as presumed low cost, with or without IP clearance, and, if so, to what countries. Maybe then we we will able to find out just how strategic IP really is.
Posted by Neil Wilkof at 17:52:00