Vodafone in Africa - a red footprint

Vodacom, RSA’s market leader in the cellular network space with a market share of 58% and 23 million customers (Wikipedia), is undergoing a major re-brand from its traditional blue/green to red. If you live in RSA, you cannot miss it - it is just as well that you do not have to stop your car on the way to work, every time a billboard goes red. However, it is worth pausing, even if the colour is red and not orange.


The rebrand is not just a marketing tinker. It is the much-talked about and delayed alignment of Vodacom’s branding with its parent company in the UK, Vodafone. It’s really a partial re-brand for the time being; Vodafone’s red and "apostrophe" are now evident but the name Vodacom remains, revealing a measure of caution and for good reason too.

Red is a primary, powerful colour but the colour also has other connotations. A fight breaks out during a school rugby derby between an English school that plays in red and an Afrikaans school playing in brown. The headlines the next day refer to the Anglo-Boer war and the annual fixture is subsequently cancelled. It’s a knee jerk reaction but powerful if the colour connotation sticks. Vodafone are looking to spread their influence over Africa where anti-colonial feelings can be very strong. Using red has obvious risks for the UK giant. 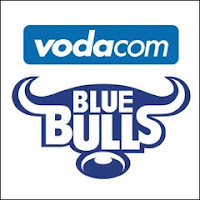 Locally, Vodacom sponsors the Blue Bulls rugby team based in Pretoria, where the company has a significant subscriber base. The Lions rugby team who play in a red/white strip are based in nearby Johannesburg. Does Vodacom reconsider the sponsorship and risk marginalising the Blue Bull faithful or retain it, with all the mixed messages the dual branding could provoke? Vodacom’s sensitivity to this is illustrated in some of its re-branding adverts where the only blue that is retained on screen, depicts the Blue Bulls.

If anyone doubted the ability of a single colour to act as a badge of quality and origin ie function as a trade mark, this re-brand and Vodacom’s obvious advertising spend on educating customers to their new look should convert you. There are even rumours that Vodacom paid off competitor Cell C (whose branding had included red) not to enforce any residual rights they could prove in the colour, against them.

It is difficult to imagine the rumour being true although the RSA telecoms space is no stranger to brand wars over colours. Afro-IP has reported on a number of them, mainly over the colour orange (stop here! for more information on Neotel, Iburst and Orange Telecoms’ fight over the colour, and the difficulties protecting single colours). Now look around at local competitor Cell C and their new advertising campaign. It’s directed straight at Vodacom’s new branding and provoked Vodacom into lodging a complaint before the Advertising Standards Authority that the campaign is disparaging to their brand. Is it…or is it [also] just more exposure for both Cell C and Vodacom? [Please visit the site for links to Cell C's adverts]