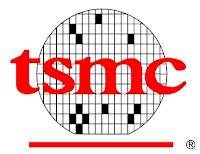 Taiwan is planning to set up an intellectual property bank in light of the constant suing of Taiwan-based companies by foreign firms for patent infringement, according to that country's Ministry of Economic Affairs (MOEA), according to this report in Focus Taiwan; accusing competitors of stealing patents has become a normal way for international companies to compete with each other these days and large-scale Taiwan-based firms have been the constant targets of foreign competitors, the MOEA says.

In the light of this, Kingsley Egbuonu (Queen Mary, University of London) has put together this list of key facts and recent developments:


* TSMC (a Taiwan-based company) is the world's largest semiconductor foundry;

Kingsley has a few questions and comments based on this:


1. With the recent news of Google attempting to sweep up millions of dollars’ worth of patent portfolio and the ever growing concern about the so-called patent trolls, will this state-led interventionist approach help Taiwanese companies fend off competitors?

2. Why can't companies be left alone to fight it out with one another without government help?

3. Can the "IP bank" fail like our normal retail or investment banks and what would be the ramifications?

4. Is it not ideal for the State to focus on developing innovative competition policies to police the monopoly it grants, rather than get involved in litigation between undertakings?

5. Is this the new game or arms race in our 21st century patent world?

1. Technically the article says only 30% of funding will come from the government. Furthermore it will be run by ITRI, which is only tenuously linked to the government.

2. Governments will always intervene if they (and govt economists) deem that the market is not operating competitively/efficiently. Look at monopolies and railroads.

3. The organization is not really a "Bank" per se. More like a trust. Like Allied Security Trust, actually. All money will likely go into escrow and sit there until it needs to be used.

4. See #2. Also not exactly sure that this IP bank is intervening in litigation as much encouraging a mechanism to remove some tools that can be used in litigation from the market.

The intellectual property bank is scheduled to be set up in June under the supervision of Taiwan's semi-official Industrial Technology Research Institute (ITRI) . The bank will provide "protective shield" for Taiwan-based firms by building patent portfolios and providing legal advice, the MOEA said.

The goal is to attract a total capital of NT$500 million (US$17.24 million) from venture capital firms and various companies like Taiwan smart phone maker HTC Corp, personal computer makers Acer Inc. and Asustek Computer Inc., among others, the ministry said.

The bank will seek to purchase patents that are likely to be beneficial to Taiwan-based firms in the international market, it said. Local companies will then have the option to buy the patents from the bank in order to gain a much-needed competitive edge, the ITRI said.

Source: same as stated by the blog


Who started the initiative in the first place? = The government

Who'll pretty much oversee this scheme? = The government

Why are they doing it in the first place? = Because their companies like HTC are punched left, right and centre with patent infringement suits (litigation).

Who'll gain from it? = Taiwanese companies

Who are they shielding from? = The likes of Apple, Blackberry etc

Is it fair to do this? No

What if the U.S government decided to do the same by setting up a $1 trillion dollar fund to fend off Chinese patent holders? = we'll all brace ourselves for colossal protectionism

For those in the patent profession, what would this mean? = pretty much no job at all as a patent litigator

Call it what you may - Escrow, Fund, Bank, Depository etc, in the end it is state intervention in private matters that would at worst cost a loss of 1000 jobs or so.

It's not like the financial services sector that governments intervene to save to avert catastrophe, though Lehman Brothers et al were allowed to failed and so should patent holders if they're weak to fight to be in the market.

Competition is the key.No state involvement of any sort.

First, it seems to me that they see patent litigation (e.g. buy-today-sue-tomorrow culture) as a problem, but probably not so as business strategy or in some cases, blatant infringement.

If excessive litigation is the problem, should a government tackle it this way?

Second, since it says that the bank will also offer "legal advice", could that not be construed as assisting the defendant? (for sake of semantics, let's ignore the word "intervening" here)

I think this is somewhat unnecessary by the state. Taiwan - But we're only guarding our key industry? That doesn't make it right looking from the outside. (I know this is hypocritical)

Obviously much lobbying must have gone in to create their new IP court (which as the report suggests, Western firms feel a little unease about)as well as creating this so-called "IP bank".

Interesting to see how the West (& their companies, like Apple, RIM and the rest) react to this.

If I were the Taiwanese government, I would take cue from Ken Clarke's recent CFA reform.

Ultimately, we only pray not to see protectionist measures springing up around the globe and not in these uncertain days.