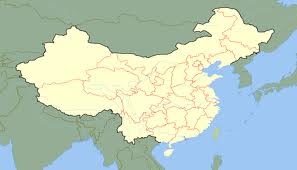 After a decade of efforts, the jury is still out: what are the long-term prospects for convincing consumers to pay for recorded music in an online/digital world. Sure, we have the per item model of Apple's iTunes, the subscription model a la Pandora and music streaming enterprises such as Spotify. Still, my anecdotal impression is that unauthorized accessing of musical works continues to take place in a big way alongside authorized accessing of such works. Moreover, I have not encountered any data that suggest that the various efforts to find commercially and legally workable models have led to a trend reduction in unauthorized downloading and the like. Based on these observations, the best we can say is that the glass is still half-full from the point of view of those who view compensating creators of musical works to be a desirable long-term state of affairs.

For those of you, however, who find this half empty/half full scenario an acceptable result under the circumstances, The Economist has offered sobering commentary that the situation can become a lot bleaker for music rightsholders. In particular, in the 4 December 2010 article, "Free as a Bard: Music in China", the piece describes the depressing attempts to create a commercial market for recorded music in China. Let's start from the end. Gary Chen, described as a music promoter who migrated into the world of online music, says bluntly that Chinese consumers simply "won't pay a penny" for recorded music. Based on his unhappy experiences, Mr Chen may be well suited to back up his bleak observation.

Thus, in 2006, he established the website Top100.cn, based on a mixed offfering of both a la carte items and a subscription service. Alas, it seems, the prices charged for these offerings were low, but not "low enough." The question is whether any price is low enough to induce a critical mass of Chinese consumers to pay for their recorded music. Certainly, it would seem, Mr Chen is trying. Top100 last year began to offer consumers free MP3 downloads, supported solely by advertisements. The service is supported by record companies. As well, Google has invested in the website (Google provides 60% of the traffic to the site, so it would seem).

The financial results of the advertising options are beyond disappointing, at least for the moment. Mr Chen has garnered the equivalent of about $1.5 million dollars. Before you say -- what a pittance, consider the really telling data point. In all of China, for 2009, "sales of recorded music amounted to just $75 million." In any event, Top100.cn is "profitable" only on an operating basis, i.e., before it takes into account the amounts owed to the recording companies. As well, Baidu, China's largest search engine, offers an MP3 service that offers music (presumably without cost). The record companies claim that Baidu enables links to pirated contents; however, the Chinese courts have not agreed, with the result that Baidu constitues a formidble challenger to Mr Chen's business model.

Perhaps out of desperation, perhaps out of inspiraton, Mr Chen is trying to introduce additional schemes to monetize musical contents. In the first, he is attempting to entice users to pay a sum for bundled collections of music, the provenance of which are recognized musicians and other respected figures in the musical world. The second is a subscription service for access to music in the cloud, which enables the user to download music to a variety of potential devices. 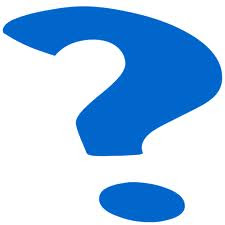 What is one to make of this story? Much depends upon how one views the Chinese market as a harbinger or an outlier (albeit a giant one). If China is a harbinger, then the future looks bleak for the music industry. In a bit of a reversal, while China has been serving as the principal engine of economic growth, here it may be serving as the engine for the potential death-knell of the commercial music world as we know it.

If China is an outlier, however, there is no material threat that the music industry will not be able to right itself in other markets, even if it encounters a hostile environment in China. Under such a view, Mr Chen's lament could be seen as not coming from an innovative entrepeneur seeking to succeed against all the odds, but from a businessman who simply has been unable to succeed in a big way in his home market.

Imagine that you are an executive in the music industry: do you opt for the Chinese situation as a harbinger or as an outlier? Much rides on your answer to the question in formulating a strategy, or set of strategies, to deal with the challenge of monetizing music in the coming decade.
Posted by Neil Wilkof at 11:52:00

I would probably opt for China being an outlier. Piracy in China involving pirated cd's are very rampant and so is illegal music downloads. People would definitely go for free than pay.