Luxury Goods and the "China Price" 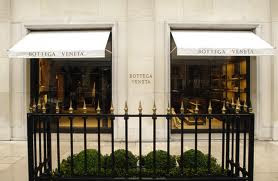 There are few areas of the trademark and brand-driven business that I find more interesting than luxury brands. When trademark law took shape in the 19th century, marks and signs primarily served the honorable, but commercially boring, task of enabling merchants to communicate with the public about the source of a specific trader's goods. While the "good old source theory" of trademark law still serves as the conceptual underpinning for the trademark right, the commercial uses of trademarks have developed in various other directions. None is more distinctive than the development of luxury brands with international reach (indeed, at the Paris-based business school ESSEC, here, there is a full MBA program devoted to the topic).

Even for those of us who do not embark on a career in the luxury goods business (and who may treat luxury goods as primarily a spectator sport), developments in the area continue to fascinate. It is against this backdrop that I read with interest an article in the 6 December 2010 issue of Bloomberg Business Week entitled "Luxury Retailing: Chinese Shoppers' Long March Through Europe." What I found particularly compelling are the dynamics related to the pricing and marketing of luxury goods in Paris and Shanghai, respectively, especially in light of the increasing presence of the Chinese consumer in the flagship stores for these goods, be it in Paris or otherwise in Western Europe.

It is estimated that over 2.5 million Chinese from the mainland visited Western Europe in 2010 and the number is expected to increase to over 3 million by the year 2012. Looked at from a different angle, it is believed that one-quarter of all European luxury goods sales are being made to Chinese purchasers (others may complain about the perceived undervalued yuan, but its 12% appreciation vis-à-vis the Euro has certainly accelerated this process). As one Paris consultant observed: "Today, it's Chinese tourists that are brought in by big buses in groups."

So why should a Chinese consumer prefer to buy his or her luxury goods in Paris? One answer is selection, even if the number of boutiques offering luxury goods for sale in Shanghai has increased. Another is the elusive sum total of the shopping experience in Paris and other Western European locations.

The more interesting reason given is price. A Chanel Jumbo handbag costs more than $4,700 in Shanghai but only $3,900 in Paris. A Hermès product runs $8,800 in Shanghai but only $6,500 in Paris (in both instances, the plane fare differential is strictly extra). The price differential is ascribed to Chinese import duties (up to 20%) and value-added tax of 17%, although I cannot quite believe that VAT does not also apply to purchase of the product in Paris, given that France is the progenitor of the value-added tax.

In any event, what jumps out here is the question of how these luxury goods manufacturers can tolerate such large price differentials, even if they are due to taxes and the like, rather than to market forces. My impression is that the luxury goods business usually resists such differentials, not only because of the opportunity for price arbitrage by customers, but also because of the muddled message given to consumers by these different prices. After all, crucial to these products is a consistent sense of "what these products are worth", wherever they are purchased.

It is no surprise, therefore, that luxury brand manuacturers will apparently be 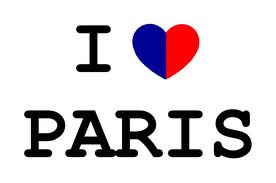 Thus, the visitor from the U.S. or Brazil, or the Parisian matron from the 8th arrondissement, will also see the price go up, even though such purchasers probably are otherwise uninterested in what goes on in China. If the foreign (non-Chinese purchaser) also has the misfortune to be paying for the product in a currency that is depreciating against the euro, the 5% increase will even be more. Alternatively, the would-be purchaser simply does not buy the item due to the increased cost of the item, although presumably that lost sale is more than made up by the increasing revenue received from each Chinese purchaser laying out 5% or more for the same item in the store in Paris.

For several years now, we read about the "China price", being the low cost of Chinese production that makes manufacture in many other countries uncompetitive by contrast. In the case of luxury goods, however, the "China price" seems to have the opposite effect, leading to an increase in the price for the same goods outside of China. How very, very curious.
Posted by Neil Wilkof at 21:13:00