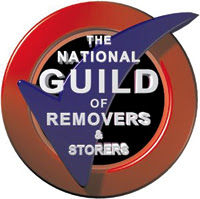 In this case, a trade association sought damages for trade mark infringement by four defendants in separate actions, which were joined on the issue of an inquiry into damages.  According to the judge, there was no reason in principle why damages should not be available, calculated on a "user" basis for trade mark infringement and for passing off, as they were for patent infringement.  It was unnecessary for a trade association to show that it had suffered any lost sales. In reaching a fair assessment of the damages awarded against each of the defendants, including one which had never been a member of the Guild, the judge looked at the post-termination provisions in the Guild's rules which applied at the time of the infringement.  Taking them into account, he considered that a fair assessment was that each defendant should pay £200 per week for the unauthorised use of the Guild's marks (this figure was slightly lower for one defendant, where different versions of the rules were applicable).

Judge Birss QC set out the legal basis for his reasoning as follows:


"In General Tire v Firestone [1976] RPC 197 Lord Wilberforce set out two essential principles in valuing a claim for damages for patent infringement, first that the claimant has the burden of proving its loss and second that the defendants being wrongdoers, damages should be liberally assessed but that the object is to compensate the claimant and not punish the defendants ... Plainly these principles apply to registered trade mark infringement and passing off.

The kind of damage suffered by the claimant in these cases in financial terms can be regarded as the loss of the royalty which they should have been paid in return for use of their trade marks by the defendants. This remains so even though the defendants' use did not result in any lost sales of goods to the claimant. As a preliminary matter I need to decide whether such damages are recoverable in a trade mark and passing off case. ...

In patent cases there is no doubt that such damages can be claimed .... Such damages have been described as being assessed on a "user" principle, i.e. as a reasonable royalty for the unlawful use of the claimant's property even though there has been no sale lost to the claimant. In Dormueil Freres v Feraglow [1990] RPC 449 Knox J was unwilling to award an interim payment in respect of damages calculated on this basis in a case of trade mark infringement and Knox J's decision is cited by the authors of Kerly's Law of Trade Marks and Trade Names (14th Ed, paragraph 19-133) for the proposition that it has been doubted that the user principle is applicable to trade marks. The authors point out however that Knox J did not decide that such damages were not available at all, he simply refused them on an application for an interim payment.

In the copyright case Blayney v Clogau St Davids Gold Mines [2002] EWCA Civ 1007, [2003] FSR 19 (see pp 369-370) the Vice-Chancellor (Sir Andrew Morritt) (with whom Rix and Jonathan Parker LJJ agreed) rejected the submission that damages on the user principle could not be extended from patents to other forms of intellectual property. The Vice-Chancellor dealt with Dormueil Freres on the basis that Knox J's reluctance to apply the principle in a trade mark case was understandable given the nature of the application before him.

Finally in Irvine v Talksport [2003] EWCA Civ 423 [2003] FSR 35 the Court of Appeal consisting of Jonathan Parker LJ (with whom Schiemann and Brooke LJJ agreed) considered a passing off case about celebrity endorsement. The claimant was a famous motor racing driver who earned substantial sums endorsing various products and services. The Court of Appeal upheld the judgment of Laddie J that the defendant had falsely represented that the claimant had endorsed its radio station by using the claimant's image and thereby committed acts of passing off. The Court of Appeal also dealt with damages, holding that the principles in the patent cases General Tire, Meters and also A.G. fur Autogene Aluminium Schweissung v London Aluminium Co Ltd (No. 2) (1923) 40 RPC 107)) were applicable (paragraphs 97-104) such that the damages represented a reasonable endorsement fee on the facts of the case, assessed by asking what was the fee which the defendant would have had to pay in order to obtain lawfully that which in fact it obtained unlawfully. ... It is notable that Dormueil Freres does not appear to have been cited to the Court of Appeal in Irvine v Talksport but it seems to be to me absolutely plain that if it had been, the Court of Appeal would have come to the same conclusion. It would be wholly bizarre to find that unlicensed celebrity endorsement of the kind arising in that case was indeed an act of passing off but to then find that no damages were available for it, when an endorsement fee was precisely how the claimant operated his business in this respect. Moreover to say that the lost fee for the endorsement depended on whether the action was about a lost sale (i.e. a lost endorsement which the claimant would have accepted (for a fee)) and that no damages would be payable at all if Eddie Irvine would never have endorsed the radio station (so no lost sale of an endorsement) seems to me to be unreal.

In my judgment, as a matter of principle, where a defendant uses a mark without permission and thereby infringes a registered trade mark or commits an act of passing off, that act is capable of damaging the claimant's property in the mark (see s14(2) of the Trade Marks Act 1994) or property in the goodwill attaching to his business. That is so whether or not a lost sale has taken place. It is the same kind of damage as the damage to a patent monopoly caused by an infringing sale which is not a lost sale to the patentee and for which a reasonable royalty is payable. It is an invasion of a (lawful) monopoly. Thus there is no reason in principle why damages should not be available, calculated on a "user" basis for trade mark infringement and for passing off. Of course it will be a question of fact in any given case to decide the amount of such damages".