RSA's TIA - the resurrector of innovation 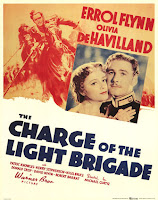 South Africa's new Technology Innovation Agency (TIA), which has been formed to support the commercialisation of local research and development, was formally launched at the end of October with a budget of R410million (approx GPB 43mill) according to this report in Creamer Media's Engineering News. The news is hot off the heels of the enactment of RSA's legislation designed to commercialise innovation from public funding.

The legislation and TIA have high ideals but borrowing from Tennyson's account of the famous doomed charge does sound ominous: