How much should you invest in patents?

How much should you invest in patents?” ask Kelce Wilson and Claudia Tapia Garcia in a recent edition (XLV, No. 1) of the Licensing Executives Society journal LES Nouvelles. The authors are Senior Patent Attorney and IPR Counsel at Research in Motion, makers of the BlackBerry smartphone. 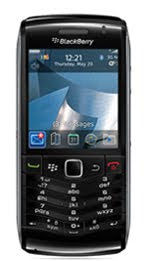 “Should you spend more, spend less, or keep things constant?” they ask, noting that “Only a few organisations have a system for objectively evaluating whether they are allocating the right amount of funding. Unfortunately, most seem to be at risk for spending either too much or too little on IP protection.”

According to the article, the Value curve represents “the actual economic value achieved by reducing the risk of IP loss”. The authors suggest that an IP owner should be able to identify the economic value associated with a given level of risk reduction by analysing the expected impact on profits, brand image and other business or marketing considerations. They note that the value assigned to a particular risk reduction target is the money that the IP owner would be willing to pay to achieve that target.

The Effectiveness curve corresponds to the actual costs incurred in achieving a given level of risk reduction and is determined empirically. “For example, patent applications filed for a moderate cost may be shown to deter infringement by most small competitors, but perhaps not large competitors that are willing to devote sufficient resources to attempt invalidating the patents” the authors note. “However, if a greater amount were to be spent on patent application preparation and prosecution, the resulting patents could have a higher quality that is sufficient to deter even large, well-financed competitors”.

The devil is in the data – how does one quantify, for example, the extent to which low cost applications deter small competitors? No such data is contained in the article. Nevertheless, this “Protection Valuation Tool”, as it is called, does represent another way of looking at the IP cost/benefit question that may be easier for investors and financial directors to understand.
Posted by Ian P. Hartwell at 18:29:00