Biotech and pharma insolvency in the UK: a new article 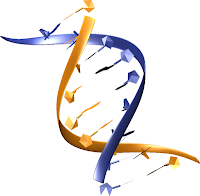 Volume 10, issue 5 of the Bio-Science Law Review, published six times a year by Lawtext Publishing, carries a ten-page article, "Implications of Licensor becoming Insolvent: An English Law Perspective" by Sangeeta Puran and Sarah Nagel (Mayer Brown, London). Though the title suggests a general review of the subject, the authors are pointing it in the direction of a biotech and pharma readership. According to the abstract,

"While many in the biotech and pharmaceutical sectors see outright acquisitions gaining preference with cash-strapped biotech companies, the out-licensing of development programmes remains a popular option for cash-rich rights owners confident of the value in their programmes. Nevertheless, in the context of the current climate, it is imperative that a licensee understands the implications of their licensor becoming insolvent and is aware of the practical steps that can be taken to protect its licence.

The article then goes on to advise on the viability of the different ways a licensee can protect its licence and ways of mitigating risks. These options include assignment of ownership of the intellectual property in question, entering into co-ownership arrangements and taking security over the licence.

The article references several legislative provisions, case law authorities and academic authority to give a broad view of the risks and options for a licensee on the insolvency of the licensor".

Email ThisBlogThis!Share to TwitterShare to FacebookShare to Pinterest
Labels: insolvency