How do you quantify loss of goodwill in the right to use a generic term?

What happens when the owner of a well-established brand (SMIRNOFF) as used in relation to a generic product (vodka) succeeds in an 'extended passing-off'' action against a defendant whose product is branded (VODKAT) in such a way as to cause confusion with and erode the distinctiveness of the generic product? How are damages to be assessed? We may soon find out, now that Mr Justice Arnold has held this morning in 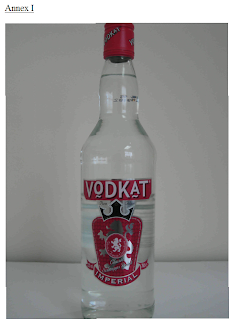 Email ThisBlogThis!Share to TwitterShare to FacebookShare to Pinterest
Labels: damages, passing off

The Russian word vodka should only be applied to pure aqueous ethanolic solutions with an ABV of 40% or greater. The tendency of many firms to water down their spirit and call it "vodka" should be deprecated.