Disney bids -- but is the deal a Marvel? 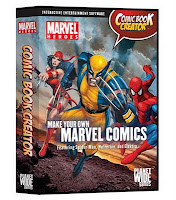 Via Miri Frankel (Beanstalk) comes this link to this piece in the New York Times, "Disney to Pay $4 Billion for Comic Giant Marvel". The salient features of this deal and the background to it are as follows:

" ... the Walt Disney Company said Monday that it would acquire Spider-Man and his Marvel Entertainment cohorts for $4 billion.

Disney will pay a combination of about 60 percent cash and 40 percent stock to acquire Marvel, the comic book giant whose stable of 5,000 characters includes some of the world’s best-known superheroes: Iron Man, the X-Men, the Fantastic Four, Captain America and Thor.

... Marvel characters will pop up at Disney’s theme parks in Paris, Hong Kong and Orlando, Fla. Disney’s cable television channels will showcase Marvel, while consumer products could mark an enormous area of growth, particularly overseas where the comics company has struggled to make inroads.

... The surprise acquisition points to the film industry’s biggest issue at the moment: access to capital. Those who have it are finding opportunity; those who do not may be left behind.

Marvel had tried to finance its films with the help of a $525 million in slate financing, but found it impossible on “Iron Man” and “Hulk” to meet a condition that required it to raise a third of its cash by selling overseas distribution rights. To get around the requirement, Marvel in May told investors that it would self-finance a third of each film — something that would be much easier with Disney’s muscle behind it.

The deal instantly makes Disney a partner with Paramount Pictures, Sony Pictures Entertainment and 20th Century Fox, all of which have long-term deals to make or distribute movies based on Marvel characters. ...

... The acquisition, which has been approved by the boards of both companies but still must be approved by Marvel shareholders, got mixed marks on Wall Street. While most analysts applauded the move as bold and strategically sound, some analysts questioned the price as too steep. Disney shares fell 3 percent in afternoon trading. Marvel shares were up 25 percent.

Under the terms of the deal, Marvel shareholders will receive a $30 a share in cash plus about 0.745 Disney shares for each Marvel share they own. The deal is valued at $50 a share, a 29 percent premium on Marvel stock.

... The acquisition comes as Disney, with its vast theme park operations and television advertising business, has been struggling because of a lack of hit DVDs, soft advertising sales at ABC and drooping consumer spending at theme parks. Disney’s profit in the third quarter, which ended June 27, dropped 26 percent. Over all, Disney’s net income fell to $954 million, or 51 cents a share, from $1.28 billion, or 66 cents a share, in the year-ago period. Revenue fell 7 percent, to $8.6 billion. Earnings per share for the current quarter included a one-cent restructuring charge related to an accounting gain".

The success or failure of Disney's move, it seems, will depend as much upon the cogency of its business models as upon the appeal of its characters and their related merchandise. There is no guarantee that the "lack of hit DVDs, soft advertising sales at ABC and drooping consumer spending at theme parks" which the article mentions are going to be cured by this acquisition, unless it can be shown that they are the consequence of consumer fatigue with existing products and outlets rather than of people deserting or sharing DVDs, of advertisers finding better ways to advertise and of theme parks losing out to PlayStations and XBoxes. The combination of 60% cash and 40% stock sounds as though Disney is seeking to persuade Marvel to bet on same-again income flows to pay the balance. We watch with interest to see whether this will work out.
Posted by Jeremy at 08:31:00

Thanks Jeremy. Interesting article. While we watch with interest, we’ll all wait in line....as we do for hour upon hour upon hour at Disney theme parks all over the world!!