How much value in a Rights Agency? 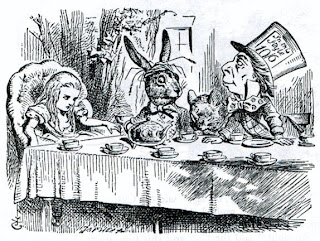 Digital Britain: is there method in the UK Government's madness?
At last a little more light has been shed on the concept of the potential Digital Rights Agency which was mentioned in the Digital Britain Interim Report (published in February). Last Friday Stephen Carter and David Lammy published a paper intended to kick-start discussion as to how such a rights agency might work in practice.

The proposals are published in the form of a 'straw man on digital rights', a joint initiative between the Department for Business, the Department for Innovation, Universities and Skills and the Department for Culture, Media and Sport. The straw man seeks to take forward the three actions set out in the Interim Report regarding the distribution of digital content and ways to help to deter copyright infringement online. While the report makes it clear that it does not propose that the Government should set up and run such a rights agency, it sets out that,

"...put at its most ambitious, our vision for a rights agency is to facilitate a major change of approach across the whole value chain as to how content is provided, packaged and sold to consumers. Business models need to develop that are not only sustainable but that provide real opportunities to build the successful businesses of tomorrow".

All options are left open by this paper: the agency might be 'a very light touch organisation' or a substantial self-regulatory body. Since the agency's tasks are not clear, its structure and nature aren't clear either. All that the straw man says is that

"it is impossible to suggest how an agency might look until it is decided what role it should play".

Industry is invited to

"come together to create a body that could tackle those parts of this agenda that are for industry to deal with".

Among the key issues the agency could look into are consumer education, explaining to the public the consequences of unlawful use of copyright material, the facilitation of negotiation and rights clearance, how to resolve disputes and provide a forum for dialogue, development of codes of practice around enforcement measures, and how to deal with persistent infringers. The straw man re-runs the 'light-touch' legislation already proposed in the interim report, requiring ISPs to notify account holders of the existence of evidence of copyright infringement and, in relation to serious infringers, to maintain data relating to the notifications sent to customers, as well as to comply with a code of practice. An annex describes the sorts of things a rights agency might do, raising more questions on the paper's key issues, and discussing what the agency might look like and how it is going to be funded.

Comments are invited but must be received by 30 March -- a surprisingly short deadline given the amount of questions the paper raises/leaves open. How constructive will the discussion forum later this spring will be? One can only guess.  It seems likely that the Final Digital Britain Report will be published in early summer and we will soon discover whether the straw man has generated anything of genuine substance.

Some IPKat thoughts on the DigiBrit straw man can be found here.
Posted by Jeremy at 05:04:00