The fall of DRM and the rise of digital rights manipulation

This article has been written for IP Finance by Rebecca Chong (Morgan Cole).

In the ongoing battle against piracy, balance sheets in the entertainment industry are still being bruised by a growing force of consumers using digital tools to enjoy and share creative content. The industry's defence against illegal use of digital media; of filtering access to content by recruiting the assistance of Internet Service Providers (ISPs) to stop users from accessing peer-to-peer networks, armouring content such as DVDs and games with copyright protection, has largely proved unsuccessful; the culture of sharing continues to thrive. A 2009 report by the International Federation of the Phonographic Industry (IFPI) states that 95% of music downloaded is obtained illegally. Now, businesses are being slowly led by the wallets of their consumers towards a new age of cooperation, in which access to digital media may no longer come with as heavy a financial, or legal, price.

The increasing availability of compression technology, high-bandwidth, and high-levels of storage space at affordable prices has enabled the sharing of digital media both off and online on a mass and global scale. A study commissioned by Fujitsu Siemens Computers in 2008 revealed that an estimated 1 million UK homes possess one terabyte of digital storage. One terabyte of data according to Fujitsu, is equivalent to shelves of books stretching for 6.5 miles. 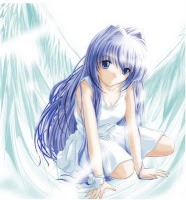 To the new generation of consumer, the sharing of content, whether legal or not, has become far more convenient and cost-effective than searching for a CD or DVD on the shelves. Some file-sharers have also attempted to justify their activities as being necessary and helpful to the entertainment industry. In 2007, outraged fans of Japanese cartoons (anime) reported to have received letters threatening legal action from Odex (a Singaporean anime distributor), explained that they chose to download episodes of anime that had been copied and subtitled by fans because the subtitles provided by fans were superior to those of Odex and were available long before Odex offered their videos for purchase; by implication, any sales loss incurred by Odex was self-inflicted. Fan sites which provide subtitles for anime shows, it is argued, help generate fans for series in foreign-speaking markets that may otherwise never have been reached. Nikolai Nolan, who assists with leading Anime-Faith, a group that translates and subtitles Japanese cartoons for downloading, stated in a February 2005 report by CNET that some Japanese companies " really appreciate fan subbing", citing the example of a director of a series called Battle Programmer Shirase who apparently thanked fans including "those outside the broadcast area who took special measures to watch the show on their PC monitors, and to everyone who watched it subtitled overseas without permission" in a final episode of the show.

Until recently the entertainment industry's response had been to scare the average consumer away from illegal file sharing by holding specific individuals to account. That tactic resulted in mixed success. The Recording Industry Association of America (RIAA) filed a succession of lawsuits against alleged users of networks including KaZaA, and Grokster, which led to payments being made in some cases, but also to public relations disasters that included the law suits against 13 year old Brittany Chan, and deceased grandmother Gertrude Walton. As if in a show of defiance to the entertainment industry's heavy handed approach, illegal downloads of music have continued to soar. According to the IFPI, more than 40 billion music files were illegally shared in 2008, compared to 1.4 billion legal single track downloads. The RIAA's new focus this year is to work with ISPs to identify individuals engaged in illegal activity and not target individuals itself (essentially 'passing the buck'), but the value in this strategy is questionable; even as ISP's increase monitoring, it is inevitable that this will not discourage hardened individuals who may simply improve their encryption methods and migrate between ISPs to evade capture. 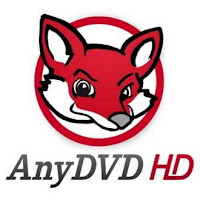 The industry's attempt to prevent their products from being illegally copied and adapted, by using digital rights management (DRM) and embedding copy protections in music, film and games, has also proved to be relatively ineffectual on the increasingly technologically sophisticated consumer. Fans of the computer game Spore swiftly circumvented the SecuROM program that installed itself with copies of the PC game, and produced cracked versions to be made available on the internet; only last year Antigua-based company SlySoft announced that it had produced new software for cracking the Macrovision copy protection technology in Blu-ray and DVD-High Definition discs. Not long ago, the distribution of the so named 'Messiah' mod chips attracted the attention of Sony which eventually brought a successful action in the UK to prevent the importation of the chips. The chip enables an owner of a Playstation 2 console to play region locked official games produced in other countries like Japan and the US. However, it also enables an owner to by-pass copy protection in all games, and make and play pirated copies of games. Although the Messiah chip can be used for legal purposes, the fact that it can also be used to enable the make and play of pirated copies of games, was held to be enough to make selling, advertising, possessing for commercial purposes, and using the chips, illegal. The decision unusually contrasts with that made in the House of Lords 1980s Amstrad case, which involved twin cassette deck machines that enabled the speedy copying of cassette tapes. In that case, more consideration was given to the fact that the twin deck cassette players could be used for perfectly legal purposes as well as used for illegal copying of cassette tapes. It was decided here that merely supplying the machines was not enough to make a supplier an infringer of copyright. The harsher line taken in the Messiah case may well have been due to the fact that as it is now much easier than it was at the time of Amstrad for the average person at home to copy and distribute pirated goods swiftly and on a larger scale.

So far the 'Big Brother' steps taken by the entertainment industry to manage their intellectual property have been to little avail and seem instead to have bred discontent. Monitoring through ISPs may not only be ineffective because there are ways to evade detection, but also because as digital storage increases in size and speed it has become much easier to take trading offline to trading media by hand. Imposing restrictions in products have also led to expensive battles against a fluid community of underground hackers that appears to relish new obstacles thrown at it. Controlling without meeting needs provides little incentive for consumer loyalty, or for people who copy to mend their ways. There is also a danger both that the ordinary consumer looking for a fair deal will be driven away and that copyright infringers will be pushed out of reach; some recalcitrant infringers even see the measures initiated by the entertainment industry for protecting their intellectual property, as merely proof of big businesses flexing their muscles at the consumers' expense, which galvanises any motivation to infringe.

Having reached an apparent impasse, the entertainment industry has begun to take some interesting steps forward. Just this year, Apple announced the removal of digital rights management from its music library, enabling users to transfer downloaded music freely (previously, a song under music labels other than EMI, downloaded from their music library iTunes, could only be played on an Apple device). It is suspected that in order to secure this deal, Apple had to concede to major record labels to allow for variable pricing of songs. The move comes as no surprise, however, since competitor Amazon's MP3 store has been successfully selling digital rights management-free tracks since 2007, and this was likely taking a bite out of Apple profits.

More significantly, in a drive to find a compromise between managing rights and meeting consumer want for choice, it was revealed last year that a consortium of digital-entertainment companies which includes manufacturers, retailers, and film studios called the Digital Entertainment Content Ecosystem (DECE), will be attempting to standardise digital rights management practices. The intention is to create a DECE standard that will be used for managing digital rights, also letting consumers use digital content that they purchase on a range of devices that comply with the industry standard. Granted, the consumer will only be able to use digital content within boundaries, but the consumer will no longer be restricted by DRM to using just one device. The consortium is an impressive collaboration between big industry names including Alcatel-Lucent, Best Buy, Cisco, Comcast, Fox Entertainment Group, HP, Intel, Microsoft, NBC Universal, Panasonic, Paramount Pictures, Phillips, Samsung, Sony, Toshiba, VeriSign and Warner Brothers Entertainment. Apple is notably absent from the consortium however, and the question has been raised whether it will eventually join ranks with the large consortium, live side-by-side with it, or die trying. Assuming that the competing interests within DECE are able to work together to provide an attractive package for the consumer, it may be difficult for Apple to continue playing lone ranger.

It will probably be a long time before DECE-compliant devices hit the market, and it is not known if the industry's recent concessions will please the consumer in the long run. Jim Killock, Executive Director of The Open Rights Group remains cynical about DECE, commenting for a January 2009 report of the BBC that "Consumers don't like DRM"; implying perhaps that control to any degree will be resented. True that the consumer is unlikely to welcome being dictated to on how they may use their legitimately purchased entertainment, particularly in an age where culture is aplenty for free through platforms like Youtube where global talent is beginning to be born (Justin Timberlake signed popular Youtube singer Esmee Denters to his new record label, and the infamous videoblogger 'Lonelygirl15' succeeded in being cast in a movie). However, taking a different approach to managing their rights in recognition of consumer dissatisfaction has at least for the moment not gone entirely unnoticed; and although the entertainment industry's plans for the future involve clinging to copy protection, consumers may be appeased by an apparent long term strategy of compromise.
Posted by Jeremy at 05:56:00