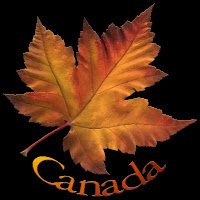 "Considerations for Franchising in Canada" is the title of an article on International Law Office by Bruno Floriani and Marvin Liebman (Lapointe Rosenstein). This article, an earlier version of which was published on Getting the Deal Through, explains the different vehicles available to foreign franchisors who wish to carry on business in Canada, in terms of their fiscal and corporate consequences. The authors say that the preferred choice of vehicle for the expansion of a foreign franchise system into Canada is the incorporation of a Canadian subsidiary, but recognise that foreign franchisors may prefer to enter the Canadian market by franchising directly from their country without setting up a permanent establishment in Canada, thus avoiding being considered by Canadian tax authorities as carrying on business in Canada. They write:

" ... a franchisor may choose to contract with its Canadian franchisees directly without having a permanent establishment in Canada. As the franchisor will be only minimally involved in the operations conducted by an arm’s-length entity, income earned in Canada by the franchisor through royalty payments and rent will be qualified as passive income and subject, in Canada, to a withholding tax only.

Second, a franchisor may opt to carry on business in Canada using a Canadian branch or division. If the franchisor actively participates in the operation of the Canadian franchise, any income derived therefrom will qualify as business income which is taxable in Canada on a net income basis. Furthermore, the income of a non-resident franchisor carrying on business through a Canadian branch will typically be subject to a branch tax which is payable at the time the earnings of the subsidiary are accrued (and not at the time the income is paid to the foreign franchisor). In light of the foregoing, few franchisors choose to establish a branch office or division for the purpose of expanding into the Canadian market.

Third, a franchisor may choose to carry on business in Canada through a federally or provincially incorporated subsidiary. This is the most frequently used vehicle by non-resident franchisors wishing to export a franchise system into Canada.The incorporation of a subsidiary presents certain advantages, including the avoidance of Canadian withholding tax on passive income. Nonetheless, the subsidiary’s income will be taxable in Canada on a net income basis and dividends paid to its parent will be subject to a withholding tax. The franchisor may also charge a reasonable fee for providing assistance to its Canadian subsidiary in the operation of its business activities, with the expectation that a reasonable portion of such fee may then be deducted from the subsidiary’s income for tax purposes".

"Significant business and tax consequences arise from each of the above-mentioned structures and a careful review of all relevant legislation pertaining to each is highly advised. In addition, fiscal treaties ratified by Canada may substantially derogate from the tax considerations set out above and should therefore be consulted where applicable".

What constitutes a "franchise" may be defined differently according to the law of individual provinces and, while pan-Canadian trade mark protection is available, remedies for the protection of assets such as licensed know-how may vary across the provinces too.

Obviously, while tax-efficiency and the protection of IP will be a matter of concern to any ambitious franchisor seeking to extend an existing franchise formula into uncharted territory, they are not normally matters that make or break a decision as to whether to franchise. For this reason they are sometimes starved of adequate attention until relatively late in the creation and implementation of the business plan. This in turn may force belated business plans changes, with all the uncertainty and inconvenience that such belated changes inflict. Prudent planning will factor both these issues in at the earliest convenience, since they are the twin pillars upon which every solid franchising infrastructure rests.
Posted by Jeremy at 12:57:00

I'm very thankful to the author for posting such an amazing development post. Continuing to the post, This is a fantastic survey, very nice write up,Thanks you for sharing.