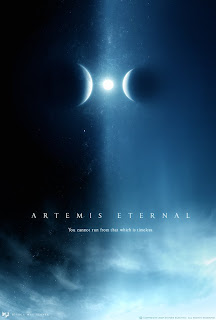 According to the Student Operated Press a group of international moviegoers has announced that it is are backing filmmaker Jessica Mae Stover's fundraising project for her motion picture Artemis Eternal; the group is reportedly inviting other film fans to do the same. According to this item:

"On the official site for the project, visitors can explore an interactive map of the development, track progress and impact production by contributing funds directly. By relying on contributors to promote the website, reach out to local press and even create press releases such as this one, Stover has cut out the middleman, and allied with the audience to break ground on a new formula for film finance, production and exhibition".

This venture is then explained in a manner which is as much historical and aesthetic as commercial in its content:

"Like medieval patrons, six major media conglomerates and a handful of matrixed millionaires control the ebb and flow of art and media.

In a move that it is part film, part movement, part philosophy - the audience funding 'Artemis Eternal' posits that throughout history patronage has only appeared to shelter artists outside of this system. "Art patronage tended to arise wherever a royal or imperial system and an aristocracy dominated a society and controlled a significant share of resources. Rulers, nobles, and very wealthy people used patronage of the arts to endorse their political ambitions, social positions, and prestige." Stover & Co.'s purist, modern twist on the outdated, elitist model of patronage opens the floor to everyone. Now the groundlings can commission a play from Shakespeare, not just the Queen: Something that would be impossible without the advent of the Internet.

Contributors are quick to chime in on message boards and Facebook, "There are a lot of people rooting for us. We've contributed $40,000 and only have another $60,000 to go. We're 40% there." Says another in e-mail, "Hundreds of millions of people are online and many will want to be a part of this. We're thinking our odds are pretty good, especially if the press will help us 'elevate' our story."

... Stover isn't glossing over the difficulties behind this new model she's found herself helming, "It's a stressful undertaking. I'm an able craftsman and willing to put myself, my ideas and my intellectual property out there, but fundraising is brutal no matter how good you are. I cannot succeed alone. We need help." This realistic and candid side to professional filmmaking has drawn aspiring artists, filmmakers and film fans who not only seek to understand the decline of movies and theaters, but to work toward improving the film experience; to contribute their hard-earned dollars to the film in hopes that other quality artists can use the model they're helping to trailblaze.

Stover continues, "It's like the end of the 'NeverEnding Story.' We need someone to name the project. To name me. Studios aren't going to do that, the press isn't going to do that. The audience is Bastian. We've really put our fate in their hands. They are the story."

"Even if we fail we win," says one commenter on the official site. Another adds, "This is more than one endeavor, it's a way of life and working together to conquer obstacles." The comments flow until someone encapsulates the spirit of the project tidily, "Only $1 to ride? Count me in. ThunderCats, ho!"".