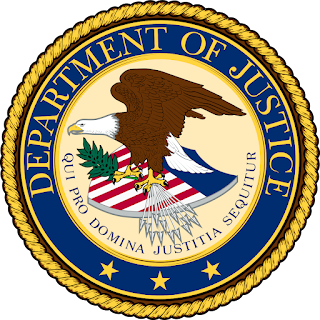 Public comments on SEPs and FRAND licensing sought for the US Department of Justice’s Draft Policy Statement and the UK Intellectual Property Office’s Call for Views.

It is vital that the fundamental sanction in patent law—of the temporary right to exclude—along with other remedies, including enhanced damages, are readily available against infringers when Fair, Reasonable and Non-Discriminatory (F/RAND) licensing has been offered, but is rejected, evaded or unreasonably delayed.

Technical standards confer enormous value to implementers and consumers. For example, cellular standard-essential technologies enable annual revenues exceeding a trillion dollars in operator services, several hundred billion dollars in smartphone sales and hundreds of billions more in over-the-top applications and services on those devices. Undermining the fundamental patent rights of organizations that commit large R&D resources to develop those technologies and contribute them to the standards would unfairly short-change those innovators and jeopardize ongoing investments in 5G and the Internet of Things (IoT). In addition to facilitating revenue growth and cost savings in those downstream markets, standard-essential technologies, for example, help save the planet by enabling us to fly and drive less—thus reducing our carbon footprints—and reduce deaths on the road with autonomous driving capabilities.

Innovative standard-essential technology developments result from high-value professional employment: for example, in US organizations including InterDigital, Nokia Bell Labs and Qualcomm. In contrast, most handset implementer jobs, such as those in manufacturing, are offshore.

Technology transfer from independent developers to implementers of cellular and other standards is flourishing and extensive. Intellectual Property Rights (IPR) policies—most notably including ETSI’s IPR Policy as applied to FRAND licensing of cellular Standard-Essential (SEPs)—have facilitated exceptional innovation, industry growth and vigorous competition including numerous new market entries with low barriers to entry in mobile phones (e.g. Apple in 2007, Xiaomi, Oppo and Vivo since 2011) and some notable major market participant exits (e.g. Nokia in 2013 and LG in 2021).

Aggregate royalty payments are small percentages of product costs and have declined while many implementers seek to significantly diminish, greatly delay or entirely avoid paying these altogether. This undermines competition and deprives the innovative companies—that develop the new technologies for all to share through their contributions to openly-available standards—from obtaining an adequate, fair, and timely return on their substantial R&D investments.

Increasing yet illegitimate attempts to weaken patent rights encourage free riding and unfairly advantage unscrupulously opportunistic implementers. Harm is mainly suffered in advanced nations, such as the US and in Europe, where most standard-essential technology developments occur and recompense for these patented contributions have been available, while implementers have largely taken unfair advantage elsewhere.

Patent piracy (i.e., theft) provides offenders with an unfair cost advantage over those implementers who comply by paying their dues in FRAND royalties. This disparity impairs a compliant implementer’s competitive position and has far more impact on the sales and profits it can make than any other input cost (e.g., manufacturing labor) that is paid uniformly by all implementers. It also deprives patent owners of fair and timely compensation from those free riders.

In absence of reasonable resort to injunctions and enhanced damages, it is also implementers wielding considerable market power from downstream product sales such as of smartphones that can misuse their negotiating strength, with delay tactics and brinkmanship to force down royalty charges paid on licensing renewals to below the FRAND rates they have already used to lower payments paid to various other licensors.
More consultations

While copious evidence shows the success in technology transfer from developers to implementers in cellular standards, there is ongoing conflict between some SEP owners and implementers in FRAND licensing. This is in markets where cellular standards already prevail, and in markets being developed based on new cellular-based technologies (e.g., IoT in smart cities, agriculture, manufacturing, healthcare and in the metaverse). Despite various consultations and the publication of policy documents over many years, authorities in the US, European Union, UK and elsewhere have repeatedly asked for comments and views on the same issues as policies are adjusted.

The Department of Justice (DoJ), Patent & Trademark Office (USPTO) and the National Institute of Standards and Technology (NIST) in the US seek public input on various questions with publication of the DoJ’s ‘Draft Policy Statement on Licensing Negotiations and Remedies for Standard-Essential Patents Subject to Voluntary F/RAND Licensing Commitments’ (“DoJ Draft Revised Statement”). It states that this seeks to promote good-faith licensing negotiations and addresses the scope of remedies available to patent owners that have agreed to license their essential technologies on F/RAND terms. However, it threatens to weaken fundamental patent rights emphasized in the DoJ’s 2019 statement on the very same issue.

The UK Government’s Intellectual Property Office (IPO) has also launched a “Call for Views” to better understand whether the current SEP framework encourages innovation and effectively promotes competition in markets, or whether there are any barriers to innovation and competition. The IPO states that this will establish whether government intervention is required and to understand what intervention could look like.

Alleged opportunistic behaviors described in the DoJ Draft Revised Statement—that are commonly referred to as patent holdup and holdout—are examined in-depth in my full report on this topic. In this, I consider key issues including industrial and IPR policy, market power, and why sanctions such as injunctions and enhanced damages must be available for licensing to be widely and timely completed under FRAND terms and royalty rates.

This article was first published in RCR Wireless on 24th January 2022.
Posted by Keith Mallinson at 13:27:00