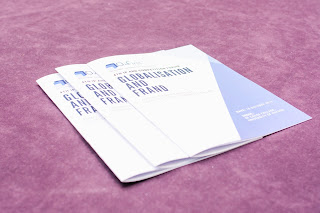 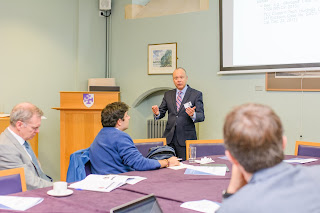 First the economics: FRAND licensing disputes are on the rise. Compared to non-SEP disputes, patent families containing SEPs were 6.4 times more likely to be exposed to infringement actions than non-SEPs. At the same time, SEPs are also 9.5 times more exposed to validity challenges than non-SEPs.

Of particular interest is the strong involvement of non-practicing entities (NPEs) in FRAND disputes. The data presented showed that in the US, 77.5% of SEP infringement and validity actions involved NPEs.  In Europe that same figure amounted to 43.9%.

As to the role of NPEs in the innovation eco-system, research sponsored by the French public authorities showed that NPEs do not necessarily foster the diffusion of innovation. Rather, they can have the opposite effect. Professors Valerio Sterzi of the University of Bordeaux and Gianluca Orsatti of the University of Turin used forward patent citations as a proxy for a technology’s use. They found that patents passed on to NPEs see systematic falls in forward citations. Their suggestion is that patents held by NPEs lead market participants to seek to stay away from such IP -- an insight that is intuitive, but now has the data to back it.

Legal scholarship presented at the conference discussed extraterritorial constraints. The pros and cons of anti-suit injunctions and global FRAND licensing rates were addressed. Particular attention was paid to issues such as forum shopping, controlling the costs of litigation, and the relationship of such acts to the sovereignty of other nations. The effects that setting a global FRAND licensing rate can have on licensing negotiations were addressed by Roya Ghafele. Ghafele presented arguments that underline the need to set a balance between the interests of the licensor and the licensee.

The symposium concluded with an outlook on possible solutions to the FRAND licensing challenge. That there is a need to come to grips with the licensing of SEPs was undisputed. After all, the Internet of Things thrives on interconnectivity; and standards will continue to play an instrumental role in establishing such interconnectivity. The experts invited were far from having a conclusive, let alone homogenous, view on the topic.

Should regional institutions be established to resolve the issues at stake? Should the global community at least strive to achieve a minimal understanding of what terms and conditions a FRAND licensing agreement should entail? Or should the issue be solved by simply enlightening the market on how to calculate FRAND royalty rates?

The conference concluded with an outlook on what is clearly the most pressing issue in this matter. Namely, how to manage an increasingly international economic order under the parameters set by a territorially limited patent system.
Further information can be found here: https://www.oxfirst.com/oxfirst-fourth-ip-competition-forum-globalisation-and-frand/