OxFirst has announced a webinar on the always challenging topic of “IP indicators for business performance.” The webinar will take place on April 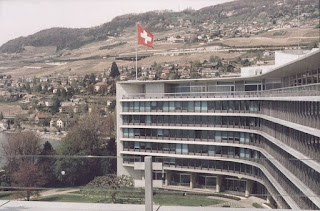 The topic-- Connecting intellectual property metrics and key performance indicators (KPI’s) to business relevant metrics and KPI’s is critical to gaining and holding the attention of executives within an organization. The relevant information typically exists within disparate systems, but data are rarely properly integrated to generate meaningful perspective.

The speaker--Terry Adams has vast experience across numerous product categories, including food, beverages, home care, and personal care in the fields of scientific research and product development. He began his career at Procter and Gamble, where he became a Group Leader in 1991. In 1994, Mr. Adams joined the Dial Corporation (now a company of Henkel), where he eventually was appointed Manager of International Technology Coordination, covering all of Dial’s product categories. In 1998, Mr. Adams joined the Kimberly-Clark Corporation, where he was eventually appointed the Senior Research Manager of the Global Intellectual Asset Management Team, providing strategic coordination of Kimberly-Clark's 3500 patent families and other global intellectual assets. Mr. Adams joined Nestlé in July 2006 as Assistant Vice President and head of the Technology Intellectual Property function, a matrix network across 28 technology centers in 10 countries.

For registration, see here. OxFirst notes that the number of places is limited and that only registrations undertaken from professional email addresses are accepted (no registrations from Yahoo, Gmail or similar private accounts will be accepted).

Photo by Robert Cutts and is licensed under the Creative Commons Attribution 2.0 Generic license.
Posted by Neil Wilkof at 10:55:00

The link for the registration seems to be absent.
Could you post the link.

I hope that I have now added the link, but here it is as well--

Let me know if you have encounter any problems.