IP Finance has been informed of an exciting free webinar that will take place next Wednesday, November 15, at 3:00 PM- 4:00 pm British Standard 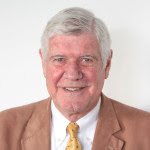 Time. The topic of the program, under the auspices of OxFirst, will be "Academic Entrepreneurship & IP Management in Universities" and the speaker will be the distinguished Professor Graham Richards. Prof Richards was a founding member of Oxford University’s tech transfer office and a successful inventor, whose IP formed the foundation of a multi-million publicly traded company. He will talk about the core elements of turning science into business.

Professor Graham Richards is a pioneer of British technology transfer. The university spin out that he established -- Oxford Molecular Group, was the first university spin out after the UK introduced a regulatory change that attributed the IPR generated in a university context to the university itself. Under the leadership of Professor Richards, Oxford Molecular Plc grew from a £350,000 start-up to a £450 million public company. He is also a founding member of the Technology Transfer Office of the University of Oxford and he was a director there for over 20 years. Another flagship project is the publicly traded company IP Group Plc. Originally created out of the necessity to attract further funding for the chemistry department of the University of Oxford, it is nowadays one of the most important investors in technology generated by universities. IP Group Plc is a FTSE 250 company with a market cap of £1 billion.

Please sign up here with your professional email account. The program organizers will not accept a registration from a personal email address.