When naming the company after yourself might make good business sense

For trademark professionals, dealing with a name usually means encountering an objection to registration on the ground that the surname is not

inherently distinctive. The name of the game, at least from the point of view of trademark registration, is to either argue that the mark is not in fact an objectionable surname, or, even if it is, to show the name has acquired sufficient distinctiveness. But in so doing, we tend to ignore the threshold question: why adopt a surname as a trademark at all, especially if we know that it will likely encounter difficulties in registration? A brief report in The Economist, published on August 19th, discussed an article by Sharon Belenzon, Aaron K. Chatterji and Brendan Daley, entitled “Eponymous Entrepreneurs” and published in the American Economic Review, offers some interesting economic insights regarding eponymously-named entities, i.e., entities named after their owner (think of an enterprise such as Bloomberg).

In their article, the authors argue that eponymously-named enterprises result in better performance as measured by the return on assets (3% percent greater). The authors develop an explanation for this finding, centering on what they call signaling, noting that--

“[s]pecifically, eponymy creates a stronger association between the entrepreneur and her firm that increases the reputational benefits or costs of having the market hold a favorable or unfavorable impression of her ability (or of the quality of her firm). Consequently, high-ability entrepreneurs are more drawn to eponymy than are low-ability ones.”

“Our key assumption is that greater levels of the signaling activity (i.e., a stronger association between the firm and the entrepreneur herself) are not directly costly, but instead increase the reputational impact of successful or unsuccessful outcomes.”

Lying at the heart of their results is what kind of person is more likely to choose to put his or her name on an enterprise. An eponymous company name puts at stake the reputation not only of the entity, but the person behind it. This may especially so when a start-up is involved. What seems to be suggested is a bit of self-selection. People of higher ability are more likely to select an eponymous name for their company, and customers are likely to understand the signal in this manner, thereby viewing the company more favorably (at least for the intermediate term, although it seems to leave open the question of the long-term value as a positive market signal). 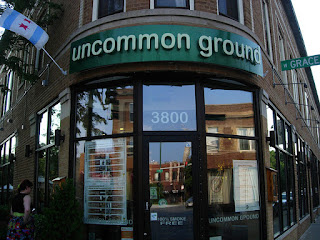 A second aspect of the study deals with the impact of whether the surname is common or unusual. Here, the authors found that while the link between performance and eponymy will be greater when an uncommon name is used, entrepreneurs with uncommon names will be less likely to adopt an eponymous naming strategy. It seems that having an uncommon name serves as “a barrier to entry” with respect to adopting the name for one’s company, but those who do so will be more likely to show even greater levels in the performance of their company. In effect, their signal to the market is stronger than that which is received from an eponymous company with a common name.

One further point merits attention, even if it is less central to the heart of the study. The authors find that 19% of the entities studied (consisting of a database of approximately 1.8 million firms) adopted an eponymous name. Interestingly, the authors are of the view that this is a “relatively uncommon” event. To the contrary, this blogger was surprised about how large this number is. From his anecdotal experience in the trademark registration world, the percentage of companies that seek to register an eponymous mark is much lower than 19%. It suggests that entrepreneurial companies are less likely to seek trademark protection of their eponymous company name. if that is the case, perhaps trademark practitioners need to do a better job of alerting their clients to the potential value of an eponymous company name.