Brands and innovation: the case of health-related apps

This blogger has for some time been considering the question of how trademarks and brands are connected to innovation. From WIPO on down, the mantra has been that the connection between the two is robust. But in this blogger’s view, the relationship between them is far from self-evident. In particular, we have suggested that the kinds of innovation fostered by brands are found only in a narrow range of circumstances, where a strong brand may be leveraged to support a product 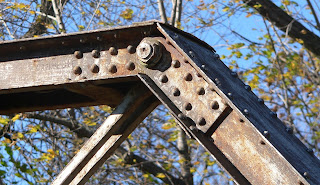 extension or, less frequently, a new product line, that rises to the level of an innovation. Moreover, this tends to occur most frequently in the consumer products space, leaving a broad swathe of product categories unaffected. If this be true, the role played by brands in innovation may be of less importance than often stated.

Against this background, this blogger was fascinated by a piece that appeared in The Economist on March 12, 2016 (“Things are looking app”). The upshot is that the relationship between brands and innovation may be more promising, at least when medical apps are involved. In terms of raw numbers, the medical apps world is exploding. According to the piece, there are now over 165,000 health-related apps that run on either IOS or Android. PwC foresees that by 2017, health-related apps will have been downloaded over 1.7 billion times. Despite these impressive numbers, the reality is that few such apps are ever used. The interesting question that arises is how an app developer in the health field can gain market traction.

One might be tempted to believe that new actors will emerge as the purveyors of successful health-related apps run on either smartphones and wearables. More likely, however, the surest way to commercial success will be through the leveraging of well-positioned health brands into the health-app business. In the words of The Economist,

“The fragmented, nascent m-health market seems likely to consolidate in time, with its most promising startups perhaps being bought by, or entering alliances with, trusted health brands. That would help it to realise its substantial potential to help patients, doctors, health insurers and researchers alike.”

The upshot is that the big health-related brands will get bigger through their health-related apps, while newcomers seeking to market an innovative health-related app will have a substantial battle in doing so. Stated otherwise, health apps are different from smartphone entertainment apps in the form of Angry Birds and Candy Crush Saga. There are at least two reasons for this.

First, the role of trust in the brand is inextricably intertwined with the health function offered by the app. True, brand gurus speak of consumer trust in the context of the strength of any brand, but when health is at issue, the role of trust is magnified. A customer losing trust in his breakfast cereal brand may have negative consequences for the brand owner as the consumer switches to a competing product, but it does not involve a consideration of health and safety. When these concerns are front and center, the strength of a trusted brand becomes more important for all concerned.

Second, the role of the strong brand may be a partial substitute for administrative regulation of health-related apps, at least in the short term, As the article itself recognizes, such regulation is still in the formative stage. As long as this is so, a strong brand can provide a degree of security for the consumer about the reliability of the product.

None of this detracts from this blogger’s s work-in-progress thesis that brands and innovation may be less important than often believed. But the potential role of strong brands in fostering innovation in the health-app business shows that the subject is more nuanced than he may have once thought.
Posted by Neil Wilkof at 20:19:00

Email ThisBlogThis!Share to TwitterShare to FacebookShare to Pinterest
Labels: brands and innovation, health apps, The Economist