AMD' s license deal in China: the start of something big?

The potential for a single technology license to change the fate of a public company is not a usual occurrence. For sure, there are companies,

such as Qualcomm, whose business model has a major licensing component. But what about companies whose main business has been selling products? A striking instance where a technology license could make all the difference took place late last week, when it was announced that Advanced Micro Devices (AMD), the perennial also-ran to Intel in the chip world, announced that it had entered into a transaction with Tianjin Haiguang Advanced Technology Investment Company.

As reported by the Wall Street Journal (WSJ), the companies will establish a new venture company (the WSJ article describes AMD's partner as “an investment consortium under the guidance and led by the Chinese Academy of Sciences”), whereby AMD will license its x86 chip technology to develop server systems intended to be sold only in China. AMD is expected to ultimately receive $293 million dollars in licensing fees plus a royalty payment for sales on chips that are developed by the venture. Thus far, the company has received $52 million dollars from this deal and recognized $7 million on its Q1 2016 income statement. Upon making the announcement, AMD’s shares rose a whopping 23% on after-hours trading on the Nasdaq Stock Market.

One way to appreciate the multi-faceted nature of this transaction is to consider it from several different perspectives.

1.AMD-- According to AMD Chief Executive Lisa Su, “Our new licensing agreement is a great example of leveraging our strong IP portfolio to accelerate the adoption of our technologies more broadly.” That said, one presumes that companies are always looking to better monetize their IP portfolio. Here, the deal allows AMD to try and gain some traction in the server chip area at the expense of Intel and also to gain access to the China market.

2. China— For every licensor, there also needs to be a licensee. The deal will potentially enable China to develop what the WSJ describes as “chips with home grown security circuitry to ease fears that foreign spies will penetrate computers in China”. Seen more generally, it is yet another step by China to try and lessen its dependency on non-Chinese technology.

3. Intel—The WSJ notes that Intel and AMD in 2009 entered into a cross-licensing agreement that is reported to provide that neither party may transfer rights to licensed technology to third parties. Intel has yet to respond on this point while AMD, for its part, has stated that because of the structure of the deal, the 2009 agreement is not being breached.

4. Chip manufacturers—Intel, IBM and Qualcomm have all reportedly entered into their own joint venture agreements in China in the area of chip manufacture and/or development.

5. United States government—US law has in place export control restrictions that limit the transfer of technology abroad if the transfer might affect national security. AMD has stated that the transfer contemplated under the agreement meets all US export rules and regulations. 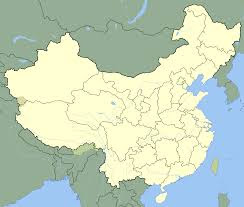 Circling back to the beginning of this blogpost, the most immediate result will be the potential upside for AMD. Will it be the precursor to additional transactions for monetizing its IP or is the deal uniquely tied to the specifics of the Chinese market and national policies? Close attention should be paid to how this ultimately works out for the company.
Posted by Neil Wilkof at 14:41:00