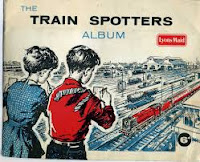 Transporting may be a well-known book by Irvine Welsh and later a reasonably successful film, but it is also a hobby enjoyed by thousands of teenagers  - mostly boys - in the UK. This blogger has to confess that he too was one of those that used to spend Saturdays collecting numbers of the DMUs and EMUs as well as locos as they passed him by. So it was with great pleasure that I recently read a story and IP and railways in the UK's premier railway journal Modern Railways. 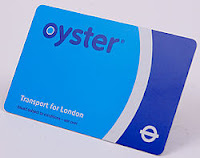 Those of you who have visited London in the last few years will know of the Oyster card. It's basically a contactless payment card which you use to check into and out of the Underground and more recently on the suburban network. It's a prepaid card and the fare for the journey is debited from your account.

Its introduction was facilitated by private finance. Basically Transport for London (TfL) drew up a tender for installing the gates and setting up the system. The contract was won in 1998 by a consortium called TranSys and was scheduled to run for a number of years. At first the system was beset with problem. I can remember spending time at one station where none of the gates would open and eventually the station manager just let everybody go through a side gate to release the crush. Transport for London therefore decided to exercise a break option (apparently to save costs). There was a problem - the IP was held by TransSys, including the trade mark Oyster. Eventually TfL had to purchase the rights to the brand name. The BBC reported at the time that this cost TfL £1m, which actually seem quite inexpensive given the brand recognition of the trade mark.

What it does show, however, is that whilst private finance initiatives may help governments invest in infrastructure and balance their books, the contracting agencies need to understand how the IP is going to be owned. Probably most of the readers of this blog understand how IP can be used to promote business, but government agencies tend to be less sophisticated and the example of TfL is not the only one know to this blogger in which an contractor has had an advantage in a tender because of the IP gained through the previous project - and sometimes filed rights on it.
Posted by Unknown at 22:03:00