Is flouting the IP laws really a good innovation strategy? 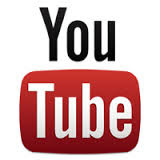 To what extent should a smart innovator strategically consider flouting IP? Based on a 2 May piece in The Economist, “Shedding the rules”, the answer proposed is maybe “yes”, especially when the innovation is based on the use of digital technology which itself is leveraged by network effects, where first mover advantage is critical. The poster child of the article is YouTube. Consider the description of the circumstances that led to the success of You Tube a decade ago.


“When it launched in 2005, it was one of dozens of video sites competing for both content and viewers. Some, such as Google Video, diligently screened each video for copyright infringement. YouTube was more risk-taking, waiting for copyright owners to complain before taking down videos. The strategy worked …. [A]lthough [YouTube] got a start in life through people posting copyright-infringing clips, it now makes most of its living by sharing advertising revenue with people who post clips they have created themselves.”


“[F]or more fragile firms, it would be better still if legislators and regulators responded to the emergence of so many innovative, law-testing businesses by revving themselves up to internet speed and adapting their rule book for the digital age.”

I am not sure that I understand exactly what is meant by the notion of a “fragile" firm. One would like to think that innovative fragility is not simply a function of whether or not one is able to disregard the IP laws. This is especially so because, as The Economist must surely know, expecting the legislator to pivot at the same warp speed as an innovator is a pipe dream. As such, the argument put forth in the article seems to take us back to the proposition that a strategically shrewd innovator should have no qualms about disregarding the IP laws if they get in the way of the hoped-for disruptive innovation.

Before you decide to cast all manner of respect for the IP laws into the trash bin as you establish your start-up, however, a word of caution. The conclusions reached by the piece might be deleteriously influenced by the phenomenon of “survivorship bias”. As defined by Wikipedia--


"Survivorship bias, or survival bias, is the logical error of concentrating on the people or things that "survived" some process and inadvertently overlooking those that did not because of their lack of visibility. ….Survivorship bias can lead to overly optimistic beliefs because failures are ignored, such as when companies that no longer exist are excluded from analyses of financial performance. It can also lead to the false belief that the successes in a group have some special property, rather than just coincidence.”

YouTube ignored potential copyright issues while Google Video did not. YouTube survived while Google Video did not. Ergo YouTube made the right strategic decision regarding its manner of adherence to the copyright laws. Yet YouTube did not really flout the copyright law, but merely played the odds against being caught and the likelihood that the offer of take-down would be a sufficient remedy when challenged by an unhappy copyright owner. But what does the YouTube story tell us about situations where “a take-down” –like strategy is not enough?

Consider the three most notable sagas of this type in recent memory—Napster, Grokster and Aereo. Napster’s technology was struck down because of the role played by its central server system in enabling users to share files. Grokster failed before the U.S. Supreme Court despite the fact that its system was wholly distributed among its users; it was enough there was contributory infringement. Aereo’s use of multiple miniature antennae was ultimately found by the Supreme Court to be a violation of the copyright laws when it reversed the decision of the Second Circuit Court of Appeals. 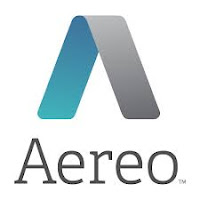 Unlike YouTube, none of these companies is still around. Unlike YouTube, the challenge posed by each of them was a zero-sum game; either what they did would be permitted under the copyright laws or it would not; if not, the enterprise in that form would be shut down. They were no more “fragile” than YouTube; they simply ended up on the wrong side of judicial understanding of the copyright law. The Economist’s survivorship bias would have us believe that YouTube succeeded because it flouted the copyright laws. This is not true--at the most, it merely delayed the need to comply with it. What the YouTube story really tells us is that an innovator should not take on the IP laws head-on. Otherwise, you will face the fate of Napster, Grokster and Aereo.
Posted by Neil Wilkof at 14:42:00