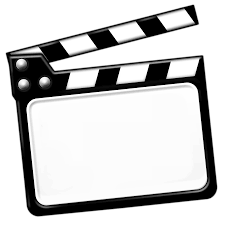 For more than a decade, the film industry continues to wrestle with the challenge of online distribution of its content, which
poses a tripartite threat to the existing business models. At once, online distribution is viewed as leading to a decline in cinema attendance as well as to a decrease in the sale of DVD copies for home viewing. If that were not enough, the ease by which unauthorized online copies can be made only serves to exacerbate the double whammy to both less cinema viewing and fewer DVD purchases. It may come as a surprise, therefore, that not everyone in the film business has the same wariness of the online environment. Indeed, at least one prominent national film industry may be seeking its commercial salvation in the online distribution of its contents. No, we are not talking about either Hollywood or Bollywood, but about a rival national film industry that is the second largest world-wide measured by the number of films produced on an annual basis, and the third largest as measured by revenues, namely the film industry of Nigeria, popularly known as Nollywood.

First some statistics: Nollywood produces 50 new film titles every week and the industry is said to constitute 1.2% of the gross domestic product of Nigeria. In a vast country with a pressing need to diversify its economy beyond the oil patch to provide jobs for its young and dynamic work force, Nollywood employs over one million employees. The problem, as described in a recent article that appeared in The Economist, “Selling BlackBerry Babies: Nigeria’s film industry”, is that its current business model, especially the means of distribution of DVD copies (which constitute 90% of revenues), is not up to the task. Consider the anecdotal description set out in the article: hawkers weave between vehicles on crowded Lagos streets, seeking to sell their DVD Nollywood wares for the equivalent of two or three dollars. How many copies does the vendor sell in a day: on a good day, up to five, but things are slow, maybe as few as one or two. Add to that the fact that the sale of pirated copies is rife.

Even at the typical low production cost of $40,000 and a mere ten-day production schedule, it is extremely difficult to make much money from any given single movie. Improving movie quality, which necessarily means increasing the production budget, does not provide a direct solution to the problem, because reliance on DVD sales and the limitations on physical distribution, as described above, do not lend themselves to increasing both pricing power and sales volumes. A better Nollywood movie product in and of itself is not answer. In the words of Obi Emelonye, a film director: “Distribution is hands down the biggest problem…. Solve that, and Nollywood will explode.” But what will be the catalyst to find a solution to this problem of distribution? Nollywood seems poised to rely more and more on on-line distribution via the internet.

Particular note is made of iROKOTV, which has a repertoire of about 5,000 film titles available for streamed viewing. iROKOTV is reported to pay between $8,000 and $25,000 for a film for a limited period of time. These sums, in the words of Mr Emelonye, have “absolutely” improved the profitability of his film business. Not only that, but streaming enables film producers to reach viewers seeking Nollywood contents outside of Nigeria. Indeed, it is reported that iROKOTV has more viewers in London than in Nigeria.

One might retort that the current state of electric power distribution and low levels of computer ownership in Nigeria serve as a powerful glass ceiling on expanding online distribution of contents in the country. Not necessarily so—as with banking services, particularly in East Africa, the smartphone provides a potential distribution device for online movies that will simply by-pass these current limitations. In the words of the piece, use of smartphones in this manner “is a mouth-watering prospect.” Time will tell to what extent these aspirations for leveraging on-line distribution will succeed in putting Nollywood on a more viable commercial footing. Even at this early stage, however, reliance on the oft-perceived enemy of the film industry—the internet and online distribution—is itself a fascinating reversal of accepted common commercial wisdom.