Cinema Economics and the Changing Fortunes of the Movie Theatre "Experience" 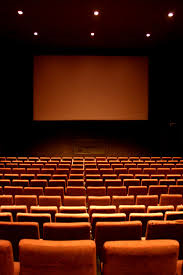 These are not the best of times to be in the movie theatre business. True, movie theatres are not (at least yet) going the way of the buggy whip, but the movie screening business has certainly seen better days. For instance, Americans and Canadians are reported to have reduced their average movie outings from five times to four times per annum over the past decade (when is the last time you went, dear reader?). How is the industry seeking to cope?

First, a bit of history: copyright laws came into existence when it became technically feasible to reproduce and distribute a work in a commercially valuable manner (a.k.a. the printing press). The legal challenge was how to provide adequate protection for both the author of the work and the new kid on the block, the publisher, whom together with the book retailers became the intermediating party between the author and the market of end users (a.k.a. the reader). This paradigm of the tripartite relationship between and among the author, the publisher and the reader still holds true to this very day (though online self-publishing suggests that some change is on the way, at least for certain kinds of content).

However, the paradigm is not apt in all of its particulars for all forms of copyright-protected content. Perhaps the best example of this is the commercial rise of the movie. Here the production house, unlike the lone author, served as the creator in the aggregate of the movie. Until the 1970s, the primary form of distribution was the movie theatre (which may have also been related to the movie production house itself, unless local competition laws stepped in). The movie theatre differed from the book publisher primarily because it not merely distributed the movie by screening it to patrons, but it also provided a certain kind of viewer experience in doing so. The attraction of the viewer experience enabled the theatre also to reap attractive margins from the sale of concessions to the captive patrons.

Since the 1970s, however, we have seen this commercial paradigm break down in part. First, the rise of the videocassette market enabled the viewer to replace the movie theatre with the comforts of his own home. In a cost-benefit analysis, the viewer was sometimes prepared to forego the movie theatre experience for the reduced expense of renting (or even owning) a copy of a movie, once the viewer made the initial outlay of the video player itself, especially if the entire family was gathered around to watch the movie. During the past decade, online distribution of movies to various home display devices has come to challenge the video player. But whether the video player, the computer screen, or the tablet, the result is the same for the cinema owner, namely he is being totally bypassed in the distribution function. 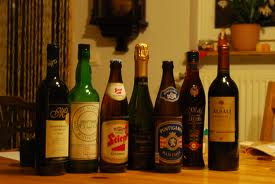 What is the movie theatre to do? An article in November 30, 2013 issue of The Economist (“Cinema economics: Bigger on the Inside”), here, discusses some of the industry’s most recent efforts. In the main, the industry is trying to improve the viewer experience since, at the end of the day, this is its major competitive advantage over home or other personal viewing. They are seeking to do this in two ways. First, movie houses are seeking to go beyond traditional movie screening, to create what is described as “event cinema”. For instance, the article describes how the 50th-anniversary episode of the BBC’s “Doctor Who” series was being shown at the same time on 800 wide screens in 20 countries, replete with 3D theatre-seat functionality. Event cinema experiences are being extended to sporting and musical events, such as grand opera, as well as even museum exhibitions that are no longer showing at the museum itself. Even more far afield is the proposal that theatres make themselves available during off-hours to enable video-game players to show their wares on a full-sized cinema screen (this seeking to make use of cinema down-time suggests the motivation that led companies such as Amazon to rent out its unused computer capabilities, fuelling the rise of the computer cloud industry ). As observed, “We are not trying to display contents on the big screen. All we are trying to do is make better use of the assets we have.”

Second, they are seeking to improve the physical setting at the cinema itself. Thus one chain is offering plush, reclining seats, which may in the aggregate decrease the number of seats in the theatre by up to two-thirds, but may well increase the occupancy rate by a significant percentage and increase overall revenues by charging commensurately higher prices. Others are seeking to augment the traditional fare of popcorn and a soft drink with liquor (if permitted) and full, fancy meals. Leveraging the viewer experience is a galaxy away from the early days of book publishing. Even in our own time, the efforts of the neighbourhood book store, and even the book chains, to translate the bookstore experience into a commercially viable strategy has not in the main succeeded. But the consumer experience with respect to traditional book-buying was never as central to the business model as it has been to the cinema industry. How well the industry succeeds in creating a commercially viable 21st century cinema experience may well determine the long-term viability of the industry.
Posted by Neil Wilkof at 13:23:00

I agree that the movie theatre business must re-invent itself from a solely content-based to an experience-based offering. This weekend I went to see The Hobbit: The Desolation of Smaug on the big screen simply because it is a movie that deserves to be seen on the big screen, in 3D. The problem however, is that there are movies that do not deserve to be seen on a movie theatre, 3D or not (some are so awful, they are not worth even downloading for free).

I also agree that there are some movies, for which there is a dedicated audience who is willing to pay to watch in a movie theatre. On my birthday, I saw the movie Springteen and I in a packed theatre (that charged US$25a seat.

The real problem however, are the movies that are good yet cannot be shown in a movie theatre because they either cannot rely on a dedicated fan base or can be watched on a smartphone with no real experiential downside. the question is how are such filmmakers to survive economically ?

As far as I am aware though movies still get released at cinemas before other media, and so they have an advantage. I know of a cinema where you can have a meal as you watch the film, and cinemas are going to have to be responsive to what people want. They are also expensive compared to other media, and that will have to be addressed.